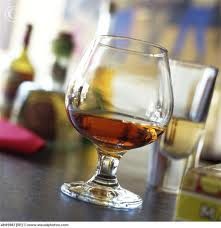 George Washington’s birthday is February 22. I’m all in favor of celebrating with a yummy cherry pie, but I didn’t put any cherries up during cherry season. It wouldn’t be authentic or sustainable if I used frozen or imported cherries. And even though cherry pie is delicious, the story of young George cutting down a cherry tree is mythology.  Best to go back to the drawing board.

We don’t have a merchant offering fresh game bird or pork – both common meat dishes of the era. However, it’s easy to find ingredients for some authentic soup and vegetable side dishes at the Culver City farmers markets. And, thanks to the internet, finding modern adaptions of pre-revolunary recipes was a breeze. A handful of this and a walnut-sized ball of that make for picturesque ingredient lists in 16th and 17th century recipes, but are of little help to cooks who cook with standardized measurements. Thankfully, Historic Foodways and the chefs at Colonial Williamsburg have adopted the rather vague “receipts” for these recipes into versions which can be understood and followed by 21st century cooks.

Melt butter in a large saucepan or soup pot over medium heat. Add onion and celery and cook until softened, stirring often, around 3-5 minutes. Stir in flour, and cook for two more minutes. Pour in the chicken stock, increase heat to high, and bring to a boil, stirring constantly. Reduce heat to medium and cook, stirring often. About 15 minutes later, when the soup is slightly reduced and thickened, pour it into a sieve set over a large bowl to strain. Pushing hard on the solids will extract as much flavor as possible. Return the liquid to the sauce pan or pot. Whisk the peanut butter and the cream into the liquid. Warm over low heat, whisking often, for about five minutes. Do not boil. Serve warm. Garnish each bowl with chopped peanuts, if desired. Serve warm. (Adopted from the recipe served at Colonial Willamsburg Tavern.)

Remember the nursery rhyme “Pease porridge hot, pease porridge cold?” The “pease” of that rhyme are the dried peas featured in this recipe. An economical 17th century housewife would have used the harder, starchier end-of-the-season peas from the garden in this hearty soup. Dried green peas may be used as well. The cooking time will vary considerably depending upon which pea is used. Ale was a very common and popular beverage. Substituting one quart of ale will bring this recipe closer to the version served in Revolutionary-era homes, and add a welcomed depth and complexity to the soup.

To begin, place the water (or water and ale) in a large soup or stock pot. Add the peas and seasonings. Cook on high until it boils. Skim off any foam which rises to the top. Then reduce heat to a simmer and cook until almost done. This could be as long as several hours, if very old and dry peas are used. When the soup is nearly done, add the chopped potatoes and cook until they are soft. Add more water if necessary during the cooking process. You don’t want the soup to become so thick that the peas stick to the pot and begin to brown or burn.

Preheat oven to 400° F and grease a 2-quart casserole. Place sliced celery in a saucepan. Add enough water to cover, place lid over pot and boil until tender. Drain. In a skillet, melt the butter over medium heat. Stir in the flour, and then slowly add the milk, stirring as you add it, to make a cream sauce. Add the celery and salt (up to 1 t.) to taste. Put creamed celery into casserole, top with the pecans and cover with buttered bread crumbs. Bake at 400 degrees for 15 minutes.

Kale and Onions
(serves 4)
This recipe has been modernized by the substitution of olive oil for the butter or salt pork used in Colonial times.
1 lb fresh kale, thick stems removed, torn in large pieces
1/2 medium onion sliced thin
olive oil to cover bottom of pan
salt to taste

Wash kale thoroughly. Remove the stems and tear the leaves into large pieces. Slice a medium onion into thin pieces (1/2 inch or smaller). Coat the bottom of a skillet with olive oil and saute onions until soft. Add the kale and cook, stirring occasionally, until kale wilts and becomes darker. Salt to taste. Serve immediately.

Pink “Pancakes”
These vegetable patties were served at room temperature and eaten by hand, rolled up and dusted with a little powdered sugar. They are thinner than our modern pancakes because Colonial cooks did not use leavening agents (baking powder or baking soda). And, unlike our breakfast pancakes, they were served “as a pretty corner dish for either dinner or supper,” according to Glasse’s The Art of Cookery Made Plain and Easy. The folks at Historic Foodways have modernized the recipe, including – believe it or not – reducing the amount of brandy. The Colonial Williamsburg website has posted a historic “receipt” for this dish as well as a modern version. “As far as cooking with brandy, they liked it! They liked a lot of it! No kidding!” Jim Gay of Historic Foodways notes in the comments section following the recipe.

Boil the beet with the skin on until it is tender. Let it cool, then remove the skin with a dry towel. Roughly chop the beet. Puree the chopped beet in a food processor. While the processor is running, add the other ingredients. Stop the processor from time to time to scrape down the sides. When everything is well pureed, add in the flour. Combine to a smooth batter.

Place a non-stick frying pan over medium heat and melt a small amount of butter in the pan. Spoon 1/2 cup of the mixture into the pan and fry on both sides until done. Set aside and keep warm while making the rest of the pancakes. The Colonial recipe called for garnishing with green sweetmeats or sprigs of myrtle. The modern recipe suggests pistachios, bay leaves, or preserved apricots as garnishments.

Katie Malich has been to Colonial Williamsburg and remembers the Tavern featuring cream of peanut soup on its menu.

What brings you to the Farmers Market? Great food, great principles and values, or great community? This weekend, I was listening to environmentalist and author Bill McKibben being interviewed by Public Media’s Krista Tippett on …[READ MORE]

Spring’s in full swing at the Tuesday afternoon Culver City Farmers Market. You’ll still be able to find fresh English peas and fava beans. (Check out the April, 2010, Fresh From the Farm for fresh …[READ MORE]