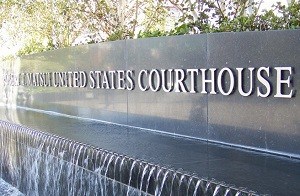 In a welcome step in the right direction, Federal Judge Kimberley Mueller ruled that the California Department of Education will not have to release its largest database — called the “California Longitudinal Pupil Achievement Data System” or “CALPADS” — which contains the most sensitive, personal and vulnerable information on California’s current and former public-school students.

The order does not address the type of information CDE can or cannot release if requested by the plaintiffs or whether any of that information can be redacted. The judge’s decision was supported by all parties who will be working together over the next month to determine a process.

At the related hearing, Judge Mueller noted she has received “voluminous” numbers of objection forms from parents and students concerned about the possible release of personal information. While the forms are not opt-out forms and will not be considered by the court as such, she emphasized that the objection forms reinforced the need to protect students’ information. Concerned parents and students who attend or attended California public schools since Jan. 1, 2008, may still submit forms. Objection forms will be accepted until April 1. Forms received will be included in the court’s official documentation.

For more information got to capta.org