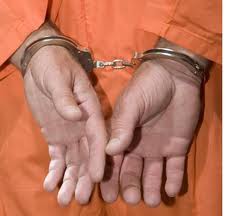 On April 3 an assault and stabbing occurred during a party in the 5400 block of Coolidge Ave. Detectives immediately began a follow-up investigation into the case and after interviewing several of the party goers, and conducting an intense investigation were able to identify two suspects: Sergio Rodriguez and Andree Jara both male adults and residents of Los Angeles.

On April 7 at approximately 1:00 pm, Detectives secured search and arrest warrants for the two suspects. The detectives were able to serve the arrest warrants and took the suspects into custody. Both suspects were transported to the Culver City Police Department and booked for attempted murder.

The case will be submitted to the Los Angeles County District Attorney’s Office for filing consideration.

Lighting Up is Not Legal In Culver City, So…

The Culver City Police Department wants the public to have a safe July 4th celebration. We want the public to know that all fireworks, even those lawfully sold in other cities are illegal in Culver …[READ MORE]