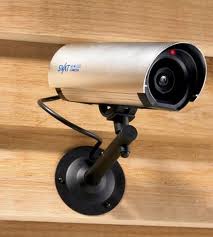 From Lt. Ron Izuka of the Culver City Police Department- The Blotter:

Street Robbery:
On May 10 at 3:35 pm, officers responded to the area of Jackson Avenue and Farragut Avenue regarding a robbery investigation. The officers met with the victim who them the following; she was walking when she was approached by the suspect, described as a male black, 20 years old, 5’9, 200 lbs, and short hair. The suspect asked her “Do you know what time it is ?” and then grabbed her property and fled the area.

Stolen Motorcycle:
On May 10 at 7:15 pm, a victim called the department to report his motorcycle was stolen. The victim said he parked and locked his 2008 Honda motorcycle in the 3500 block of Hayden Avenue at 6:30 pm and when he returned an hour later his motorcycle was missing.

Commercial Burglary:
On May 12 at 5:05 pm, officers responded to the 10900 block of Jefferson Boulevard regarding a burglary investigation. The officers met with the victim who told them the following; he was working when two suspects entered the business and requested to look at some merchandize. The suspects engaged the victim in conversation and one of the suspects distracted him long enough for the second suspect to remove the merchandize and leave the location.

Commercial Burglary:
On May 14 at 2:00 pm, officers responded to the 13200 block of Washington Boulevard regarding a burglary investigation. The officers met with the victim who told them the following; he said he locked and secured the business on May 13 at 8:15 pm and when he returned the next day at 9:45 am he noticed an exterior surveillance camera was missing. The victim also said the suspect removed other property from the business.

So, we’re looking for a guy driving a stolen motorcycle, carrying a stolen purse, and shooting with a stolen camera. Check YouTube; you know these outlaw types always want more attention.