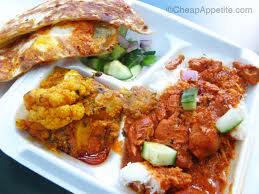 Vandalism:
On Feb. 16 at 6:00 am, officers responded to the 5600 block of Windsor Way regarding a vandalism investigation. The officers met with the victim who told them the following; he said he parked his Nissan in his secured parking lot at 9:00 pm and returned on the February 16 at 5:45 am and discovered his vehicle’s passenger window broken.
Car Burglary:
On Feb. 16  at 1:30 am, a victim of a car burglary called the department to report the crime. She said she parked and locked her 2008 Honda in the secured parking structure in the 5600 block of Sumner Way at 8:00 pm. Her husband returned at 1:30 am and discovered that her front passenger window was broken and her personal property was missing.

Robbery:
On Feb. 16 officers responded to a business located in the 3900 block of Sepulveda Boulevard to meet with the victim of a street robbery that occurred in the 11300 block of Malat Way. The victim told the officers the following; he was delivering food items to a residence located on Malat Way when he was approached by a male black, medium build, wearing dark clothing. The suspect came up behind him and as he turned around the suspect struck him and grabbed the food and fled the location.

There’s the answer- Too much spicy food, eaten too fast, and those folks had to have some antacids stashed in the glove box…maybe just some Lifesavers?

From Lt. Ron Izuka of the Culver City Police Department- The Blotter: Street Robbery: On May 10 at 3:35 pm, officers responded to the area of Jackson Avenue and Farragut Avenue regarding a robbery investigation. …[READ MORE]