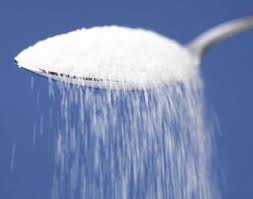 From the desk of Lt. Ron Izuka, a small sample known as the Crime Blotter for May 17th through the May 24.

Vandalism:
On May 17, 2011 at 1:45 pm, a victim called the department to report her 2008 Mitsubishi had been vandalized. The victim said she parked and locked her vehicle on May 12 near the intersection of Washington Boulevard and Harter Avenue. She returned to her vehicle and drove her daughter to school and her car was stalling and sputtering so she drove to her mechanic. The mechanic told her someone had poured sugar in her gas tank.

Burglary from Motor Vehicle:
On May 18, 2011 at 7:15 pm, a victim called the station to report his 2007 Chevy Tahoe had been burglarized. The victim said he parked and locked his vehicle in the 900 block of Corporate Pointe at 10:00 am and when he returned at 7:00 pm discovered his car stereo missing.

Residential Burglary:
On May 20, 2011 at 10:00 am, officers responded to the 12500 block of Washington Place regarding a burglary investigation. The officers met with the victim who told them the following; she said she walked to the laundry room and discovered the door was open and that the screen had been torn. She noticed a copper drain pipe was missing.

Street Robbery:
On May 20, 2011 at 12:45 am, officers responded to the 5900 block of Canterbury Drive regarding a robbery investigation. The officers met with the victim who told them the following; he was walking southbound on Canterbury when he was approached by male suspect described as a male black, 20-25 years, wearing dark colored shorts and a light colored sweatshirt. The suspect then pulled out a knife and demanded his money. The victim was able to flee the location.

Attempted Commercial Burglary:
On May 23, 2011 at 9:25 am, officers responded to the 100 block of Corporate Pointe regarding an attempted burglary of an ATM machine. The officers met with the reporting party who them the following; she said when she left the location at 6:00 pm the ATM was in working order and when she returned the next morning at 8:45 am, she notice the ATM was detached from the building. The R/P said she checked the video and discovered 3 suspects had attempted to take the ATM from the location by attaching a chain around the ATM and pulling it with a vehicle.

From the Police Blotter- Green Robbery

According to the Lt. Ron Izuka of the Culver City Police, “On Feb. 8 at 7:45 pm, officers responded to the 5700 block of Washington Boulevard regarding a robbery investigation. The officers met with two …[READ MORE]