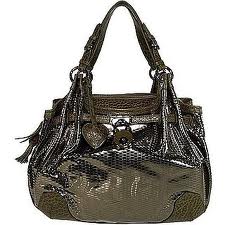 According to a recent release from Lt. Ron Izuka of the Culver City Police Dept., on Oct. 20 at 10:50 pm, “a female (victim) was walking to her residence in the 4100 block of Van Buren Place, after parking her vehicle on the street. The victim noticed a Hispanic male (suspect) walking behind her. The suspect approached the victim and asked for directions, while concealing unknown object behind his back. Eventually, the suspect pulled out a rifle. The suspect attempted to steal the victim’s purse, but she resisted. In time, the suspect lost interest and ran southbound Van Buren Place into a white, older model Acura.”

Now, I don’t know how many women around here think that holding onto a purse is more important than being threatened with a rifle, but I think we should change that designation of (victim) to (winner).

The Culver City Police Department will be conducting a DUI/Drivers License checkpoint on Friday, June 11,  from 8 p.m. to 2 a.m. In an effort to reduce the number of persons killed and injured in …[READ MORE]

On January 3, 2009, Paul Bilodeau, 45 years of age, was found shot to death at the Culver City Fire Station 3 construction site in Fox Hills. Bilodeau was the Project Manager overseeing the construction. …[READ MORE]

From the desk of Lt. Ron Izuka, the Crime Blotter for March 15th through the 21st. Burglary: On March 16, 2011 at 11:30 am, officers responded to the area of Culver Boulevard and Tuller Avenue …[READ MORE]