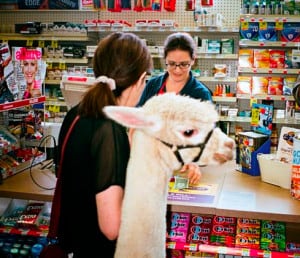 I’m having a party this Saturday and I went to the store to get some refreshments but the store clerk asked me for my ID, when I told him I didn’t have one he wouldn’t let me buy my drinks! I don’t understand why he needs to know my name for me to buy whatever this Smirnoff stuff is. This is the third store this has happened in. What is going on?

Well first of all, this is called “carding.” A store clerk will pretend to check the birthdate on your state issued identification card to confirm that you are of 21 years of age, which is the legal requirement to purchase and consume lighter fluid, nail polish remover and vodka.

When ever you are “carded” it is customary to react with mild shock and amusement. You may also shriek and faint, but that’s really the signature move of those drama queen pygmy goats.

If you do not have an ID card, you have a few options: You can pretend to speak a made up language. Be sure to use lots of tongue clicking and eye rolling. The clerk will smile and ring up your booze because he is terrified of being politically incorrect or because you are holding up the line and there is a cute girl behind you.

Alternatively, you can also purchase a fake ID from a kid named Chip who works out of the bowling alley. Just bring him $300 cash and a case of Thin Mints.

This age check can be taken negatively or positively. Those under the age of 24 are offended because they assumed after their 21st birthday the multiple face piercings would be considered “dignified.” Those over the age 42 are thrilled because they think it means that they have been mistaken for actual youth.

You did not mention your location. I don’t think alpacas can obtain ID’s in California, but Florida is pretty loose about these things. In Florida your Costco card can be used as voter registration.

I recommend you ask someone else to bring the libations for your siorre. invite the camels. They bring cough syrup also known as Jaegermister. 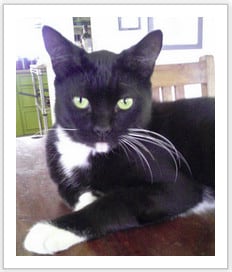 Jethro The Answer Cat is a trained Jungian Therapist and an Ordained Minister of the Whole Cat Church of Universal Sarcasm.    You can read his collected works at Jethrotheanswercat.blogspot.com