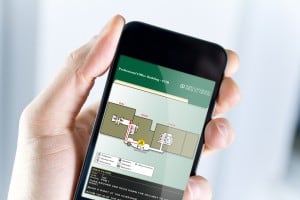 A friend recently converted to the life of a smart-phone user. I asked him how he was enjoying his new existence. He claimed that it didn’t change much for him; waiting at red lights was now more pleasant. Interesting, this is the one “forbidden” use of a cellphone! Then he went on to say, “well, it WAS convenient the other day when I was lost, and I could pull up a map, find exactly where I was, and figure out where I was supposed to go.”

As my son said a week after he got his iPhone, “Uh yeah, what’s NOT to like about having a phone, camera, clock, timer, calendar, music and a million apps at my fingertips?” My point exactly: what IS not to like, and, why doesn’t every adult have a smartphone at least, if not necessarily an iPhone?

I wrote a couple of months ago about how little children should NOT be given electronic devices instead of toys or books or art materials. I stand by that assertion, however, there are still too many people I meet who I feel should get with the program, and take advantage of new technology available. True, it is not cheap, but if you prioritize ease of communication, efficiency, value for money, even safety, over other possible expenditures, a “smart phone” is a must-have. I believe that Luddites who refuse to join the 21st century are not only missing out on the action, but they may eventually lose their livelihood.

There are many examples. I recall the case of my father’s friend, who was one of the original Hollywood film editors who used to, actually, cut film. He refused to learn the new film editing technology that came out in the early 90’s, and thrust himself into a prematurely early retirement.

It happened in the travel business too, my former career. I witnessed the transition from looking up air schedules in a book called the “ABC,” twice the size of a Culver City phone book. You found the flights you wanted, picked up a telephone, were often put on interminable hold by the airlines, only to find you needed to look up an alternate route again, if something was sold out. Not to mention, you had to take the order from a customer, and then call that customer back after research, often playing what we now call “phone tag,” until the transaction was complete. I used to have a job that paid me to do just that, and now, when I want to travel, I complete the entire transaction with a couple of clicks on my iPad.

Technophobes these days are turning themselves into hermits, cutting themselves off from the rest of society. I tried to argue this with yet another resister recently, and found, as usual, there is no reasoning with them, hence my desire to state the case in this column. Refuseniks do tend to be older; my son said “octogenarians,” but many are younger, my age: baby boomer adults.

I remember using a Telex machine in the mid-80’s. I worked in the travel business, and you used a Telex with it’s little strips of white paper that were attached to holes, and coded, to send abbreviated messages abroad. I imagine anybody under the age of 40 has no idea what I am talking about! Telex machines were eventually replaced by facsimile machines. We still have them now; occasionally you still must actually fax a signature on a form, and in most cases, we are still given the option of sending a fax, which utilizes a dedicated phone line, and special thermal paper. When fax machines first came to my workplace in Japan, I worked with a person who would defeat the purpose by picking up the phone to call the recipient after each fax sent, just to check if it had arrived safely.

After fax machines, we had, and still have, the unwieldy scanning machines. Scanners often required special programs for use. I recently scanned files upon files for a financial transaction, only to be informed that, despite the fact that it looked to me like the documents had arrived safely, in fact, they had not. Oops, redo a half an hour of my life. Scanning is becoming outmoded as well, with the ability to share documents online.

Maybe technophobes will eventually form their own community. They will write handwritten letters in cursive, fold the letter, put it in an envelope, stamp it, and mail it at a post office, after standing in line and chatting with the neighbors you meet and the personnel that serves you. I mean, does one really long for those days? I guess so, if you see yourself living on DOWNTON ABBEY. We watch that period drama with interest, as we see various new-fangled inventions introduced, like the phonograph. Or perhaps that goes too far back in time. Maybe “Meet Up” (online social networking) can form a group of typewriter users, people who sit at their desks, with tons of onion-skin paper, font balls (it was so cool when the IBM Selectric came out with the font balls!), ink tape, and correction tape. Oh, how typewriter users loved it when White Out was invented to replace that correction tape! The process, and paraphernalia involved to type documents was so intricate, so fraught with trouble at every corner, that it stresses me out to even write of it, or ask my audience to read about it.

I’m convinced that the next device to go the way of the typewriter, telex, fax machine, buggy whip, travelers cheque, and cassette tape will be: the telephone.

Must I be tolerant of people who expect me to stop teaching, stop writing, stop cooking, driving or dancing…to pick up the phone whenever it behooves a caller to ring me? I don’t forbid anyone from calling, I’ll even divulge my phone number sometimes. I merely have my ringer turned to silent, so I am not interrupted by it. But I’ve gotten away from picking up phone messages also. As much as I love my smart “phone” (iPhone, in my case), I find that retrieving phone messages to be the most arduous of all types of messages to respond to; not only must one listen closely to the often garbled words emanating from the little device, but then I am obligated to return the call, which becomes another item on my “to do” list.

The easiest way to reach a person is a text. Word to the wise: if you are testing out new romantic interests, a sure sign of cheap is a person without a text plan! A text received jumps into your eye view as soon as you pick up your phone. Second easiest to view and acknowledge would be a Facebook message or an e-mail, although they sometimes require one extra (half second) step of “checking for mail.”

Some people tell me they yearn to go back (or stay with) a simpler life. They crave hearing (and paying to hear) the actual voice of a “real” person on the other end of a telephone line. But we have a better thing now! There is free and internationally available wi-fi, where we can speak and see loved ones real-time, face-to-face, when using apps like FaceTime and Skype.

Telephones were invented to provide a method of long-distance communication between people. In their heyday, one had multiple lines in a house and, of course, at businesses. When I was a teenager, I had a phone in my bedroom with my own telephone number; my mother got it for me to keep me off the main line in our house. I’d say nothing for hours to my little friends, the way kids these days devote time to video games.

I got rid of my land line gradually. I stopped picking up phone calls on demand when telemarketing companies began to obtain even “unlisted” numbers. I let my message machine pick up all calls, until I unhooked it during a home renovation, and never plugged it back in. I nostalgically kept and paid for my telephone number for two years, then finally dropped it. Haven’t missed it since. Then I started to shield myself from unwanted or inconvenient interruptions by turning off the ringer on my cell phone. At this point, I mostly use my cell phone for outgoing calls. People mostly reach me by sending me a written message of some sort: text, Facebook or e-mail, and I write or, sometimes even, call back.

This is an anthem in support of old dogs learning new tricks. There were several junctures in my own working life where I would have been passed over, and/or simply not been as successful, had I not adapted to new technologies on the job. Ageism, another form of discrimination in our society, is a reality, and, if a person over 45 loses a job, they can’t expect to find a next position without re-training in the new technologies of virtually any workplace. So, why wouldn’t we live our personal life also to the fullest, by exposing ourselves and adapting to the ways of the up and coming generations. Snapchat anyone?