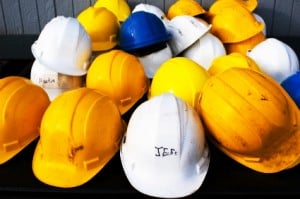 Investigators from the Contractors State Licensing Board have cited 18 illegal contracting suspects following a sting in Culver City, according to City News Service.

Culver City police officers supported the sting, which was conducted on Jan. 8 and 9, according to Steve Breen of the CSLB.

“The fake contractors were invited to bid on concrete, plumbing, ceramic tile and painting projects at a Culver City residence,” Breen said. “CSLB investigators contacted suspects through Craigslist, advertisements on vehicles, business cards and job site signs.” All but one of the suspects were cited for contracting without a license, which is punishable for a first offense by up to six months in jail and/or up to $5,000 in fines, he said.

In California, all home improvement jobs valued at $500 or more must be done by a company or person with a CSLB-issued license, Breen explained.

All of the suspects were ordered to appear in court to face possible misdemeanor charges, he said.

Noveron, who was cited for acting in the capacity of a salesperson, was the only one who was not cited for contracting without a license, Breen said.

Fourteen of the suspects — all but Banuelos, Rodarte, Udon Jimenez and Noveron — were facing an additional possible charge of false advertising, he said.

Three of the suspects — Zion, Mario Jimenez and Santoro — were also cited for displaying licenses not issued to them, Breen said.