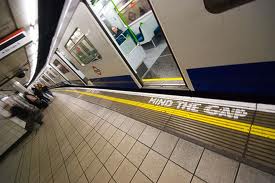 There is a saying, “mind the gap.” It was originally brought about by the subway system in London, reminding passengers to pay attention to the space between the platform and the train.  I’ve heard several speeches where people have expressed this phrase as a metaphor for being mindful.

Today I’m thinking about “minding the gap” in terms of something different. I would like to suggest developing a practice of non-resistance to differences of ideas and opinions and belief systems. All of us have belief systems that we hang on to developed out of experience or repeatedly being told about how to believe. These beliefs are often false, borne out of a flawed individual’s life.

Let’s think about some of the common ones that many of us face:
I am not as attractive as others
I am not as successful as someone else
I am tired
I am alone
I should be further along than I am
I should know better
No one gets me
It’s their fault I feel this way
Why me

The author Byron Katie suggests when coming upon these questions to ask yourself, “Is this true?” Who decided really that it was true? What if it was false? What if it was a misunderstanding of the situation? It’s in that moment of questioning the belief; between the statement and the resistance, that there is the gap. That gap holds much power because it allows us only for perhaps the briefest of moments to allow another possibility of explanation.

We must “find the gap” because strengthening the ability to sit in the gap, strengthens your ability to come up with other ideas and conclusions. Otherwise we move from thought to belief and then resistance. Finding the gap puts a space in between the thought to the belief, and then softens our resistance.

It takes patience to “catch” your beliefs. Our beliefs are so ingrained that we aren’t even aware that they exist. So you have to observe your thoughts and then try and catch your beliefs. Once you catch your beliefs, you have to be willing to question them. So many of us have our identities tied up with our belief systems that we can’t imagine thinking differently and we can’t imagine why we would. What’s the point of believing something differently? Because your identity can be based on false beliefs. Think about that. Think about any of us wondering around through life basing our ideas of who we think we are on false beliefs. What would happen if we examined our beliefs and came to some different conclusions? What would happen to our hearts? To our relationships? To our dreams?

If we believe something to be true, well then we create a world around us to support the belief. If I believe I’m not attractive for example, then I may not care what clothes I wear and therefore manifest myself as unattractive.

If I believe that others have more, then I might manifest my spending habits to make sure there isn’t enough.

If I believe others have caused me discomfort, then I don’t really have to try and find my own comfort or be responsible for my own comfort, since I’ve given over the power of my needs to others and that keep me uncomfortable an not at fault.

If I believe I am tired, I am less likely to exercise. If I believe that tired is inevitable, then it doesn’t matter how much I eat, because I’m tried and need energy. It won’t matter what time I go to bed, because I’m going to be tired anyway.

If I believe that I should be further along than I am, well then I’m scared perhaps to take risks. Perhaps I feel that as long as I’m not further along, then there is no risk to failing either?

So “finding the gap” as I’m am suggesting, is questioning the thoughts before you can be resistant to think or do something else. It’s simply sitting with yourself and asking, “is this true? Is it really? Why do I think that? Isn’t it entirely possible to think something else?”

Try it today. You’ll have so many beliefs to choose from. You just need to notice one. That try and find the gap. See what happens.