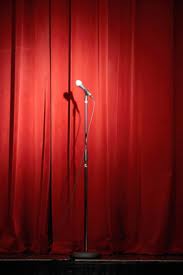 It’s always easier to frame an “us versus them” point of view, but the truth is that the private and public schools of Culver City are not poised against each other. Case in point- The Culver City High School Theater Department, and the Willows Community School’s support of the CCHS production that has made it all possible. On June 11 and 12, two one-act plays: “Follow the Leader” and “The Veldt” will be presented by the CCHS seniors at The Willow Community School Theater.

It’s called a “Senior Seminar, ” but with the theater director out on medical leave and the school unable to offer support, the creative and determined senior thespians reached into the community for resources, and found Susannah Funnell, the head of the Visual Art Department at the Willows.

“My daughter is a 10th grade student at Culver High School and I know the dedicated group of acting seniors through the performances we have enjoyed these past two years.” Funnell enthused, ” I am delighted that my school can help support their senior project. The Willows Community School and I value the arts greatly and we’re happy when opportunities arise for us to support the arts in the community. I hope that particularly in these tight economic times we can all pool resources to ensure that arts programming continues to thrive throughout Culver City.”

Nineteen seniors from the Academy of Visual and Performing Arts Theatre program at Culver City High School will present a work that showcases the culmination of four years of their theatre education. While not an AVPA or Culver High production, this one-act festival will leave audiences with a lasting memory due to both its quality and spirit.These two plays are written, staged, directed, acted, and designed by seniors.

When, in March, their teacher/mentor, Sheila Silver, had to take a medical leave for the remainder of the year, the students were told that, due to liability issues, the school district (CCUSD) could not allow the performance to happen on campus as planned. They were undeterred.

Originally conceived for a theatre-in-the-round, directors Kevin Mitchell and Emma Niles re-blocked the entire show to fit the proscenium stage in the new venue. Now, after four months of work, they are ready to share this event with the community.

The production consists of two one-act plays: “Follow the Leader” and “The Veldt”, directed by Kevin Mitchell and Emma Niles, respectively.

Kevin Mitchell explains, “On the first day of Senior Seminar, the class selected the topic “Secrets” for our original play. Over the next two weeks or so, I led the writing process of what evolved into “Follow the Leader”, a satire on conspiracy theories and the impermanency of trust. Please join us in Harmony, Alabama as the members of the Alien Hunters Federation of America fight the alien presence – that is, if it even exists to begin with. You’ll have to come to the show to find that out.”

Emma Niles describes her project, “I was introduced to Ray Bradbury’s work during my time at Culver City Middle School, and several years later I discovered his short story “The Veldt.” It really focuses on the negative effects of technology, and I think that’s a very relevant issue with today’s generation. I feel like our society suffers from such an overload of technology, and Ray Bradbury’s original short story (from which the play is adapted), inspired me to push away technology and turn to literature instead. I hope that after seeing this production of The Veldt, others will also be inspired to pick up a good book.”

Although everyone in Senior Seminar faced an immense challenge when Ms. Silver took medical leave, the cast and crew doubled their efforts and put in a lot of hard work to keep the shows alive. These two productions would not have been possible at all without the generosity of The Willows School, and the help of committed parents. While it has been a long and occasionally difficult process, we are extremely excited to finally open the two productions and show off all of our hard work.

Kevin Mitchell, Emma Niles, and the CCHS Senior Seminar theatre group are extremely grateful to the Willows Community School, without whom this production would not have been possible.

(Parking and Theater entrance in back on Warner Drive)