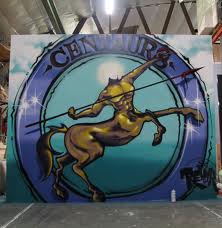 “These schools are being recognized for attaining high levels of performance and sustained growth, and for making significant progress in closing the academic achievement gap,” Torlakson said. “Becoming a Distinguished School is a direct reflection of the dedication, hard work, and vision of each school’s education community. They have succeeded despite a bleak economic environment and have endeavored to maintain their momentum and focus.”

“This is a tremendous and well-deserved honor that underscores the incredible efforts of Principal Pam Magee and her teachers and staff in creating the best learning environment possible,” said Superintendent Patricia Jaffe.

The California School Recognition Program is now in its 25th year and honors the state’s most exemplary and inspiring public schools with the California Distinguished School Award. The 97 schools identified yesterday join more than 5,300 public schools that have been designated or redesignated a Distinguished School since the program began in 1986.

Schools earning the Distinguished School title this year agree to share their Signature Practices with other schools and serve as mentors to other educators who want to replicate their work.

Schools were identified for eligibility on the basis of their Academic Performance Index and Adequate Yearly Progress results, which are the state and federal accountability models, respectively. The applicants were also identified by their success in narrowing the achievement gap that exists between higher-performing and lower-performing students. All applicants underwent a stringent selection process conducted by the California Department of Education with the help of many educators from across the state. Each applicant was required to describe two Signature Practices that have led to an increase in student achievement and a narrowing of the achievement gap. Applicants were then selected to receive a thorough site visit to validate the Signature Practices.

Culver City High School will be among the 2011 California Distinguished Schools honored during an awards ceremony and dinner at the Disneyland Hotel in Anaheim on May 20.

In a brief and happy school board meeting, former Assistant Superintendent Patti Jaffe was voted in as the new Interim Superintendent of the Culver City Schools. Only two people spoke from the podium, Dr. Luther …[READ MORE]

On October 20th, the Culver City Public Works Department was notified of an award of a $447,480 State Safe Routes to School competitive grant for Linwood Howe Elementary School. This grant, which will be matched …[READ MORE]