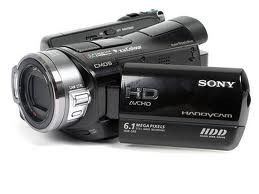 The Academy of Visual and Performing Art’s Young Filmmakers will premier three new films, “Snail Mail,” “Agua Dulce” and “Let Me Be Found” at Sony Pictures Studios on Friday, June 10.

The premier is free and open to the community, but seating is limited and available by reservation only. “Snail Mail,” “Agua Dulce,” and “Let Me Be Found” will screen consecutively starting at 6:00 p.m., 7:00 p.m., and then again at 8:00 p.m. on June 10. Please email your first and last name, number of tickets, and the preferred time you would like to attend (6, 7, or 8 p.m.) to [email protected] We will email you a confirmation. After securing a reservation, please arrive early as there will be other events that day and the line at the security gate could be long. Enter at the Overland Gate of Sony Pictures Studios between Washington and Culver on Overland. Reservations must be made for each and every person attending the screening because names will be verified at the gate where all attendees must present identification. Security guards will direct cars to the appropriate parking structure and attendees to the screening facility in the Jimmy Stewart Screening Room 24.

In student films as well as professional films, the final product represents the vision of the director. Sophomore Mimi Erlick directed “Snail Mail,” a mysterious story about a brother and sister who decide to investigate a DVD rental company making movies about their future. Senior Justin Kelly directed “Agua Dulce,” about a boy who sorts out his feelings of sexual attraction. And finally, high school senior Elena Silva directed “Let Me Be Found,” a music video about finding one’s voice in high school. The three films focus on characters who gain self knowledge in a puzzling world.

The crew members who worked on the three spring films are the forty AVPA film students plus professional and non-professional actors. Screenwriters are there at the genesis of a film project. Mimi Erlick wrote “Snail Mail,” Justin Kelly wrote “Agua Dulce,” and Elena Silva wrote “Let Me Be Found.” The cinematographers help turn ideas into art. Morgan McGlothan was the Director of Photography for “Snail Mail.” Justin Kelly was the DP for “Agua Dulce.” Katherine Maxwell was the DP for “Let Me Be Found.” AVPA students also took on all other roles associated with film production, including the roles of producer, assistant director, gaffer, production designer, casting team member, and costume designer. The films were shot in and around Culver City and nearby desert and streamside locales.

Alexis Butler, Creative Director of the AVPA Film Department, credits her students with the success of this year’s program. “These students came into the program with exceptional drive and talent. They devoted much of their spring semester to the countless hours it takes to create film. I am most proud of the directors who took risks in their efforts to be inventive and original.” Special thanks go to Mr. Harrison, who oversaw the film production class through West LA College in the after school AVPA film program that allows the students to earn college credit for their participation.

The Culver City High School Academy of Visual and Performing Arts will present our annual Spring Music Concert on Thursday, May 26 at the Robert Frost at 6:30 p.m. Parents, students, and the entire Culver …[READ MORE]

The Smiling Babies Improv Team will perform a ‘Whose Line is it, Anyway?’ – style show in the Robert Frost Auditorium at Culver City High School at 7 p.m. Thursday March 24! Led and performed …[READ MORE]

Danger Zone Dance Project Presents “Can You See Me In The Big Picture?”

“Can You See Me In The Big Picture?” this spring’s offering from the Academy of Visual and Performing Arts DZDP Dance Company at Culver City High School, features an exciting array of student and faculty …[READ MORE]