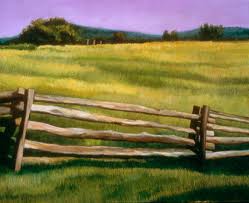 “One reason? Narrow it down to one?” AVPA Creative Director of Theater Sheila Silver seemed bemused that the category was so small. “Ok,” I ventured, “if there were a hundred reasons why you wanted AVPA to do The Laramie Project, what was the one that decided it for you? What was the winning vote?”

When I spoke with Sheila after the last moments of opening night, the backdrop of blue skies and white clouds that corralled the audience at the Sony Black Box Theater surrounded us while the dust settled back into the heavy black curtains. The actors were in the green room, changing back into teenagers. The audience was filtering through the hallway, still reeling with emotion. “It’s that we have this community,” Sheila explained, her voice dropping gently with emphasis as her eyes opened wider, “this amazing Culver City High School culture, where teachers can be out, where we have support for the kids, where we have…” she paused for a moment. “Where we have King Niko?” I suggested. She grabbed it. “Yes, exactly, we get to celebrate Niko. And I have students who can take this material and get the depth and bring it into life.”

The Laramie Project at the AVPA is one of those crossroads moments, where so many things intersect, and everything that touches, changes.

The workshop style of the presentation- a theater group from New York travels to Laramie, Wyoming in the wake of the infamous Matthew Shepard hate crime, and interviews the townspeople – was polished to a deep reflection by the direction and the performances. Despite the dozens of characters, constant shift of action and long arc of the narrative, every moment flowed like water. The portrait of the city, the people who knew Matthew, the moments leading up to the crime; all offered as small sound bites, less than three minutes. A few sentences, and a truth revealed.

Not all of the acting was flawless; there were a few raw statements that were simply shouted, and some characters that departed so abruptly that they seemed to have fled. But for a cast of high school students to have this kind of resonance, this nuance and this broad, powerful presence – they have a great director. For a theater teacher at a high school to have a cast capable of this kind of heavy lifting bespeaks rich talent.

The ensemble is excellent, but a few actors deserve to singled out; Tristan Price changed character not just by changing costume, but by changing posture, accent and attitude completely, and carried five different roles with strength and ease. Aaron Moses worked a spectrum from Unitarian minister to Republican Governor with deft. Sierra Parsons was an open-hearted theater professor and the devastated mother of the victim, in addition to two other roles. Nathan Palman was in such exquisite control of his voice his authority was instant and complete. Nothing he said could be doubted. Kevin Mitchell’s second act turn as the infamous Fred Phelps was chillingly convincing, and each one of his characters rang as true as a brass bell.

All the actors carried the multiple roles with power and grace. Only three had singular assignments; Justin Forsythe as Russell Henderson and Joshua Call as Aaron McKinney were coldly convincing as the short-sighted perpetrators, who could not imagine that their violent attack would change their lives. Louie Chavez was Matthew Shepard, the victim of the crime and the narrator of the project. Each one of them gave more in a simple facial expression than some actors can give with a monologue. They gave the story a center that made all the grief, fear, confusion and doubt whirling around them meaning.
Everyone in the ensemble carried the weight of this great project, and the support from the tech crew gave them the seamless shifts in lighting and atmosphere to allow the multiple character changes to flow easily.

There is talent, and there is skill. Skill is what you have when you have the guidance that allows you to develop your talent. What we have here that no one else has is the AVPA.

Sheila did not simply produce and direct. She also re-wrote the play, with permission from Moises Kaufman. In the original Laramie Project, Matthew Shepard is never seen or heard from. By writing him back into the play as the narrator, Sheila brought him back to life, and as Louis Chavez spoke the names of the suicides of 2010, the call for change was plaintive.

Early in the second act, one of the actors from the theater project interviews two young women who went to school with one of the perpetrators. While they giggle about drugs and money, easing robbery and assault into a category with minor annoyances, the scene ends with the exclamation “We’re just products of our culture!”

All of the talent at AVPA can say it too. They come from a culture that believes the more art, music, theater and creativity we can offer, the better we can make the future.

It’s not a lighthearted evening that will send you out whistling. Don’t miss this show. You need to think about these things. One life in a quiet little town can ripple out to change the world.

More good news for the Academy of Visual and Performing Arts at CCHS;  the AVPA Foundation is the recipient of a $50,000 grant from the Surdna Foundation to support the AVPA Dance program. The Surdna …[READ MORE]