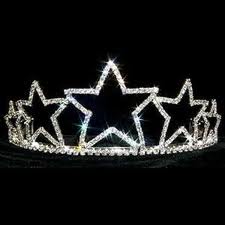 “Why would you want to stay where you’re not wanted?” Culver City High School Drama teacher AVPA Director Sheila Silver’s expressive eyes were slightly wet, although from emotion or just exhaustion it was hard to tell. Sitting with her in the cavernous darkness of the Robert Frost Auditorium during a break in Friday rehearsal, she was entitled to either or both. Carrying on through the turmoil of impending dismissal, she seemed to be as focused as usual on the success of the next production with the Academy of Visual and Performing Arts. Silver noted that despite her documented failings as a teacher, “I did get 35 kids to come to school on a day off. I think that does say something.”

I asked the question that hundreds of people in the community were asking- why was she being let go- and her answer was both modest and forthright. “It’s a job that requires a lot of cooperation, a lot of interaction, and I’ve been told that I am difficult to work with. I’m too honest, I’m too direct.” I pointed out that her title was in fact “Director” it gave us both a smile, and when I noted that honesty was traditionally considered a virtue, she shrugged. Beyond these seeming failures of communication was the accusation that she did not follow procedure.

“Starting in November, I have had note after note about how I’m not following procedure,” she sighed. “Here’s one example; I had a delivery of pallets for a set that arrived four hours ahead of schedule. What was I going to do? I can’t move these things myself. So I had to call a few students out of other classes. The procedure is that you have to give two weeks notice to pull someone out of class, and right, I did not do that. I have had kids taken from my classes without two weeks notice. But I’m the one who is written up for it.”

Asked to reveal more about her turmoil with the administration, Silver offered a few comments that had come her way from other teachers – “They said I should not have been so successful in my first year. I should have been more modest, and not won all these awards right off the bat.” Another echo of petty jealousy was that the drama program was poaching students out of the other branches of the academy. “I tell [the students],” Silvers said, “that if they have made a commitment to another program they need to think long and hard before jumping to change their major. But if someone really wants to act, I don’t like to turn them down.”

After November, it seemed as if she were being ticketed for jaywalking every time she crossed a street, with every minor infraction of procedure being noted on her record. “After being written up, after being called on the carpet for all these little things, I’m given a student teacher and told to train him in my English and Theater classes.” She shook her head. “So although I am officially an incompetent teacher, it seems I am competent enough to train my own replacement.”

At the base of CCHS Principal Pam Magee’s decision to end Silver’s employment now is that it only requires two years for a teacher to be tenured. After that, the administration must deal with the teachers union in regards to ending a contract. Strangely, few people involved in Silver’s current dismissal seem to recall the huge (and successful) push by the students, parents and local theater community to save her from the 2009-2010 round of budget cuts.

When Principal Magee and CCUSD Assistant Director of Human Resources Leslie Lockhart insisted at 2 p.m. they had to shut down the meeting that parents attended on Thursday, Feb. 10, Lockhart said that they had an IEP (Individual Educational Plan) meeting to attend to, Lockhart was actually on their way to give Silver her final paperwork.

“It’s been so tough,” Silver sighed, “I do feel that I’m being called to account for stuff that other teachers are never written up for. I feel targeted. I’m very sad but they are clear on the fact that I’m out. All I can really do from here is try to make it easier for the next teacher who sits on this stage.”

With that, she called an end to the break, and her devoted students put away whatever was left of their lunches, and returned to rehearsal, eager to hear her direction.

The dismissal of Sheila Silver is the talk of the town. With protests continuing at the high school, at the City Council meeting on Monday, Feb. 14 the actors of AVPA/Blurred Vison received a commendation …[READ MORE]

The Exchange Club of Culver City is proud to announce two students from Culver Park High School were honored as the Accepting the Challenge of Excellence (A.C.E.) Award recipients for the month of April. Olivia …[READ MORE]

When CCHS Senior Nathan Palman decided to audition for “The Laramie Project” last September, he never dreamed that his first foray into theater would result in such a rewarding experience. “Acting in ‘The Laramie Project’ …[READ MORE]