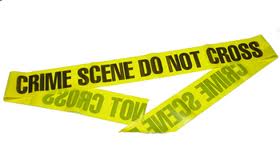 Do you ever get that feeling when you know someone is watching you, and you can‘t see anyone there?

It’s fun to do the news, but it’s not always fun to be the news. Not since the morning I woke up to discover a broken water main had turned my street into a lake have I felt so odd about reporting on my own adventures. Since the alleged suspect (see, I’ve learned to speak police) has been apprehended I find I’m looking back at the whole scene in a pensive mood.

Wednesday, June 1, one of those busy days. I had just posted on Facebook how quiet it would be after the kids got to sleep, and I started to work on a book I’m writing. The distinct feeling that someone out in the darkness of the back yard was looking in through the window at me gave me three separate sensations of annoyance.

First, no one has any right to be in my yard. The gates were all closed, the fence was locked and entry is by invitation only. Secondly, I hate it when I’m writing and someone is reading over my shoulder. My sentences are finished when I say they are, and previews are by invitation only. Third, post-bedtime is the golden hour of the day, one of the moments when I have uninterrupted peace to focus on writing, and someone was out in my yard, interrupting my peace, dammit. I decided I had to call the cops.

I keep the cop shop on speed dial – that’s another news habit- and as soon as I said “Hi, there’s a prowler out in my back yard,” and gave then my address, I heard the gate open and close again, and rustling of someone trying to move through the grapevine. Lots of stumbling and rustling, it’s a huge, thick bit of foliage not easily negotiated in the dark.

I went in to check on the girls – happily they were asleep – and the police kept me on the line while they sent the car.

I went out to the kitchen to peek around through the curtains and see if I could see anyone, but all was darkness. There was still someone out there. I could just feel that there was. Strangely, I was not at all afraid or concerned. I knew the police were on the way, and that we would be fine.

I saw the first police officer walking down the driveway towards the back gate, and heard the prowler jump onto the composter, which sounded as if it collapsed, and over the fence to the creek.

The next hour was amazing. I have never had the full police show, and it was quite something. Men with guns, dogs, helicopters, lights blazing, bullhorns at full volume. We have a very impressive police force. They asked if I saw anyone, and I had to say no, I just heard them. But I knew, I just knew.

Out in the yard, the cops were shining flashlights, and yelling for surrender. A helicopter appeared in the sky above. On the internet, I posted “blame me for the helicopter…” and my neighbors all jumped in with a virtual neighborhood watch.

There were phone calls to be sure I was not being held hostage, text messages asking what was going on, offers of help from all sides, and Facebook friends from as far away as Chicago, all with support and suggestions. It’s nice to have neighbors who care that your house is under siege. But it was under siege from the people I called for help.

The bullhorn finally woke my younger girl, who was suddenly in the hallway, crying and shaking. I scooped her up into my arms and explained that there had been someone out in the yard who did not need to be there, I called the police, and they were doing a very good job to be sure that person was gone. She melted into my chest, relieved. Still, it was really loud for a rather long time.

By the time the show was over, there was no suspect in custody, but the intruder had left the immediate area. After getting everyone tucked in again, I sat down with cup of herbal tea and a shot of brandy. I had gotten a strange email earlier in the week about a coward, and I was not sure if it was joke telling me I was a scaredy-cat, or if the person who sent it was afraid of me. (It was probably about politics- everything is, you know- I get all kinds of interesting emails in this business.) But it did make me think.

I thought back to my previous life in Venice Beach, when I had been truly terrified of someone breaking into my little house. One night it finally happened. I was in bed when I heard someone breaking the kitchen window, and my heart almost stopped I was so scared. Despite every urgent need I had to hide under the bed and cry, I jumped up and shouted in my angriest voice “You better get out here before I kill you!” and instantly, they were back out the window, dropped their getaway car into gear and sped off.

I was amazed that I was really that brave. Still, I did call the cops, and then called my sister, who stayed on the phone with me until the LAPD arrived. I was the one shaking and crying that night, thinking I had just escaped certain rape or murder by … just being brave?

I got all the same advice from my friends on both occasions. Get a dog, get a gun, get a security system, and hey what’s a woman like you doing sleeping alone anyway?

I like other people’s dogs just fine, but I don’t think I want to own one. I don’t care for guns at all. Security system? Well, the neighbors are great, the cops are prompt and thorough. I doubt I could do better than that.

That feeling that I get when I know what’s happening, it’s called intuition. Sometimes, even without any empirical evidence, I just know what’s going on. I can’t report that as news. I have to wait for the pieces to fall into place.

When I woke up on the next morning and saw the broken shelves of my composter oozing undigested egg shells and coffee grounds, I knew that I was right; there had been someone there, and they jumped on the composter to get over the fence. Someone was watching me, and when they heard me call, they split.

The rest of it was a long, loud performance, for me or the prowler  – hard to say.

We have had, for the past month, a red tailed hawk nesting in a ficus tree at El Marino Elementary School. It’s kind of an extraordinary situation. We have an endangered species making a nest …[READ MORE]