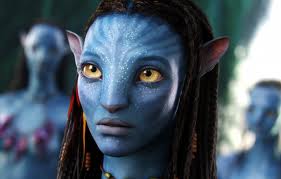 It’s not the glasses. It’s not the surcharge. It’s not even the sudden headache some of us get, right away or about an hour later. It’s about the quality of the experience.

I saw Avatar in 3D (after I saw it in 2d, in Spain, with English subtitles). Then I saw the new Tron, in 3D. In both cases, I was sorely disappointed (headache pun intended).

I like to sit close to movie screens, so that they fill my entire field of vision. And I like to move my eyes around and gaze at the whole screen, to see all the extra stuff in the background that makes the cinematic experience richer and more realistic. I’m also conditioned, by years of movie-going, to look for clues, story-telling elements and other things that are located around the edges of the main story telling elements.

You can’t do that in a 3D movie. IF you glance away from the relatively small bit of the screen where the director pointing your attention, the picture is blurry, and you’ll strain your eye muscles trying to focus. Unlike your other muscles, your eye muscles don’t complain right away. But a couple of hours later — wham. I particularly noticed this when I saw Avatar, because I was forever looking around at all the richness of the background, hoping to see the whole thing in 3D. Did I mention I was “sorely disappointed?”

This phenomenon is the result of a “depth of field” problem that digital cinema, and particularly digital 3D cinema, presents to the human eye. If you want a more technical explanation, take a look at the Wikipedia article here

But as I said, it’s not the headache, or the price bump or the glasses that really bother me — it’s the actual movie itself. I particularly noticed it in Tron. Directors are (of course) aware that people get headaches from watching 3D movies. They are also aware of the “depth of field” problem I mentioned above.

So, the easy solution is to eliminate distractions that might make me glance away from the point of focus they have chosen. The background of virtually every shot in Tron was barren. Nothing to see here folks! Move along!

Of course, no one shoots separate versions of 3D movies for us cinematic Luddites who prefer to choose our OWN point of focus, so my 2D movie experience is diminished by decisions the director makes in order to wow the 3D audience. The eventual upshot is that I’m currently skipping any movies that I know were “shot in 3D,” rather than converted after the fact.

Digital cinema in general still looks flat to me, but that’s a discussion for another day. I’ll leave you with a quotation from an online acquaintance of mine about what we’ve lost in the movie going experience lately.

“The Academy had a special technical program on the history of color. They showed an original nitrate print (I was shocked at how good it was) as well as all sorts of other things. When the new 70 mm print of Ryan’s Daughter came on the screen, the audience of 800 jaded industry film technical types gasped in amazement. It was that much better. It was shocking.

Scott Wyant writes about the intersection of technology and humanity from his own point of view. You can contact him at  Information Systems Analysis and Design LLC, or you can email him at [email protected]
or just give him a phone call at 310.839.0958.

The Culver City Police Officers Association (CCPOA) has endorsed Jeff Cooper  and Scott Malsin for City Council. “I am honored and proud to have endorsement of Culver City’s finest.” Jeff Cooper said when he learned …[READ MORE]

The Culver City Chamber Board endorsed Scott Malsin and Jeff Cooper for City Council in the April 13 election. The board heard presentations from all four candidates separately in an organized manner with all four …[READ MORE]