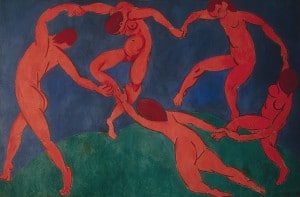 Last week we started a discussion about why so many things are so darn complicated, why they don’t “just work.”

I have to admit that, professionally, I’m GLAD this stuff is so complicated. At the same time, my goal is to make that complexity invisible to my clients, to make everything “just work.” I’ve often considered putting on my business card, “We read the manual so you don’t have to.”

But let’s think for a moment just what we’re asking. Yikes, here come some more numbers — but only a few, I promise.

Our local Julian Dixon Library contains about 50 gigabytes of printed information on the shelves. All the books and magazines combined, but not counting the DVDs and CDs.

Here’s the thing — every one reading this owns a computer that holds more information than the Julian Dixon library. Some of you have phones that do.

And every single day, between our televisions, our computers and our phones, each of us expects about that much information to be delivered to us. Seamlessly. Without interruption. Without a single error or a single instant of downtime.

There’s a further complication here — most of the infrastructure involved in moving all this data around is decades old, and a lot of it dates from the middle of the last century. Telephone lines, both in our house and on the telephone poles? Coaxial television cable? Satellite television transmission? The stuff that doesn’t date back to Alexander Graham Bell is a product of World War Two and the Cold War era.

Without a moment’s thought, we expect these frameworks to deliver high definition television signals to our homes and smart phones. Perhaps more importantly, we regularly bet millions of dollars that an Excel spreadsheet created in Tokyo and emailed as an attachment to an office in Guatemala will have correct calculations in each and every cell. Are we mad?

But enough numbers for one day. Here are a couple of websites that’s help make your world a more entertaining place.

www.straightdope.com Well researched, snappy answers to questions that have always bothered you. For example, where do bugs go when it rains? Why isn’t there a channel 1 on my television?

Testmybrain.org How good are you at guessing what other people are thinking? How good’s your short term memory?

Next time – The Death of Serendipity – Natural Causes, or Murder Most Foul?

Scott Wyant is a 22 year Culver City resident and technology consultant to business and professional clients from the entertainment, design, engineering, architecture, manufacturing and hospitality industries. He’s fluent in Macintosh and PC, and welcomes your questions, comments, and suggestions. You can reach him at [email protected]

TASTY HOT LINKS FOR YOUR SUMMER PLEASURE- Sure, the calendar says that summer begins in mid-June, but everyone knows the 4th of July weekend is the real beginning of the summer season. Here’s a collection …[READ MORE]

TechHuman – The Death of Serendipity; Misadventure, or Murder Most Foul? -Scott Wyant

Ah, serendipity. Letting chance into our lives. The joy of discovering something we didn’t even know we were looking for — or, better yet, looking for one thing and finding something more useful, more beautiful. …[READ MORE]

IT SHOULDN’T BE THAT COMPLICATED!! IT SHOULD JUST WORK!! That’s what one of my oldest friends said to me after I spent three hours reconnecting his home to the Internet after the December rains. But …[READ MORE]