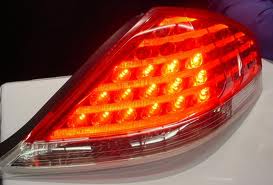 Assault with a Deadly Weapon-Vehicle
On May 2, 2011 at 1:05 pm, officers responded to the 5300 block of Sepulveda Boulevard regarding a possible assault with a deadly weapon. The officers met with victim who told them the following; he was walking near the intersection of Janisann Ave and Sepulveda when he heard someone yelling at him. He looked and saw the suspect driving passed him and accusing him of stealing her property. The suspect then drove passed him and when he was directly behind the vehicle, the suspect put the vehicle in reverse and attempted to run him over. The victim said the vehicle then pulled forward and drove away.

Car Burglary:
On May 4, 2011 at 1:30 pm, a victim called the department to report his 1992 Ford van had been burglarized. The victim said he parked and locked his vehicle on April 2, 2011 and when he returned on May 3, 2011 he discovered his van had back window opened. The victim checked the van and discovered his property was missing.

Car Burglary:
On May 5, 2011 at 8:30 am, a victim called the department to report her 1997 Pontiac had been burglarized. The victim said she parked and locked her vehicle on May 4 at 9:30 pm. When she returned the next morning she discovered her passenger window had been smashed out and her property was missing.

Vandalism:
On May 6, 2011 at 10:20 pm, officers responded to the 3600 block of Schaeffer Street regarding a vandalism investigation. The officers met with the victim who told them the following; he was watching television in the living room when he heard a vehicle pull up next to his residence. A few seconds later, he heard a crashing sound and the front window was shattered. He then heard the vehicle drive away.

From the CCPD- this week’s crime blotter Car Burglary: On May 24, 2011 at 12:30 pm, an employee of a business located in the 6100 block of Slauson Avenue called to report a vehicle had …[READ MORE]