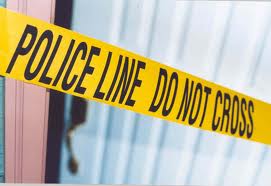 The bodies of a man and a woman were found in a Culver City home on Tuesday, May 3. Cops called to a residence in the 4000 block of Huron Avenue, not far from the King Fahad Mosque, made the discovery shortly after 10 a.m., according to a Culver City police statement.

According to the LA Weekly, detectives have not made a statement in regard to murder-suicide or any other details. They stated that the cause of death and “possible motive” were under investigation and that detectives were looking into possible leads.

The street was blocked with crime scene tape near Washington Boulevard. More details will be posted as soon as they are available.

The Culver City Police Department wants everyone to have a SAFE and FUN Halloween. Here are some tips to make it a safe night for trick-or-treating: Parents should establish a specific route for their children …[READ MORE]