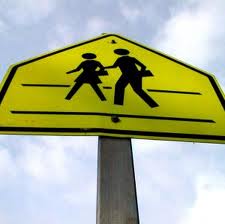 The Culver City School Board meeting on May 3 was at the Linwood E. Howe auditorium, and the color of the evening was yellow. After the tremendous crowd of red shirts at the previous week’s meeting at city hall, the venue was chosen to allow space for all those who wished to attend. What the board did not know beforehand was that it also allowed the parents of Lin Howe time to decorate the room with yellow posters declaring “We Love Lin Howe” and “All Schools Can Win.” Many of the red shirted teachers union members returned from last Tuesday’s meeting, and Lin Howe teachers were wearing yellow shirts to advertise their presence. All this yellow décor was due to a rumor that the board was considering cutting yet another Lin Howe kindergarten class. After losing a kindergarten last year, the tide of anxiety was high, and the color yellow had been chosen to signify Lin Howe supporters.

Vivian Chinelli, a teacher at Lin Howe, spoke at the podium with a voice of puzzled hurt. “ I love my school, please don’t cut my kindergarten.” Her praise for Superintendent Patti Jaffe and Assistant Gwenis Laura was effusive, exclaiming that she loved working with them. Vivian softened her protest by saying “You must be doing things quietly, things that I don’t hear about. I’m sure the same way that I clean up without making a lot of noise, you must be doing that, too.”

The tone of trust seemed to subdue the tide of anger over the rumor, and brought down the sense of defensiveness in the air. Nowhere on the agenda for the meeting was any item about cutting kindergarten classes. It was about cutting classified jobs in order to meet the needs of the ever-shrinking budget, and reminding the union of the bargaining issues.

School Board President Scott Zeidman went straight to the heart of the matter. “If we cut 5% across the board, then every single job would be saved. I hate to ask anyone to take a pay cut, because I believe all our employees are underpaid. Teachers and staff are undervalued by our state and out society, but that is something I don’t have the power to change.”

Zeidman continued, “I don’t want to make a single cut, but we are stuck between a rock and a hard place. Any cut we make is going to damage our kids and the kids coming in.”

When Board Member Kathy Paspalis spoke, she reminded the room that “we presented a tiered, across-the-board cut proposal in 2010, but unfortunately, that plan was rejected by the unions.” Paspalis added, Leaving behind tiered cuts and furlough days, we have to make these cuts – the state mandates it.”

Darkening the tone further, Paspalis said, “I went to a forum last Thursday, as part of a presentation on budget cuts, and you could have heard a pin drop in that crowded room. What we are doing now is nothing compared to what may be coming down the road. We are looking at cutting another [ADA] $1000 per kid. I don’t like to be the messenger, but this is what we are doing in this state.”

Zeidman returned to the charges that the cuts were only to the teachers and classified employees, and that no administrators had been cut. “We have cut 30% of the administration in the last two years. We would have had to have cut 98 teachers to make an equivalent cut, and we have only lost 10. That’s three percent. So administrative cuts have been ten times what has been cut from the classrooms.”

Reiterating again that the offer was still on the table, he said, “Nine furlough days will do it. We will not need to cut any jobs.”

As a powerful illustration, he stated, “If you have six people in a family and you only have food enough for four do you send two of them out, or do you eat less? We are asking you to eat less.”

By the end of the evening, nine jobs had been cut from classified staff, with 12 more positions set aside for further discussion. Further bargaining with both the teachers union and the classified employees union is expected.

Interestingly, the room was almost empty of yellow shirts by the end of the evening. Dozens of teachers had left before the board even began to vote on the classified positions. The posters around the room looked like driftwood on a beach; forlorn and abandoned. The tide had already gone out, but like any other force of nature, should be back soon.

Editor’s Note – There have been many comments posted. Please read the rest of the thread for more information and different perspectives.

In an era of steadily declining funds for public schools, the good news about math education in Culver City Unified is multiplying. In particular, Linwood E. Howe Elementary, host of the only Math Olympiads Tournament …[READ MORE]

CCUSD Finances – Qualified for the Future?

The Los Angeles Times recently identified CCUSD as one of 160 school systems that have a “qualified” financial outlook, which the Times defined as “at risk although probably not in danger of immediate bankruptcy.” According …[READ MORE]