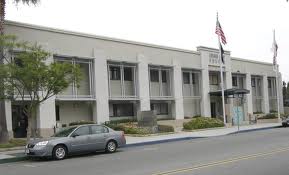 Forensic Unit Specialist Teresa Mendoza was assigned to process the crime scene of a robbery the case and quickly started prioritizing and processing evidence. In this case, Teresa focused on the key pieces of potentially valuable evidence; the pizza boxes that had been handled by the suspects. Overall, there were over one hundred fingerprints that developed on the boxes, thirty-six of which were identifiable. She submitted fingerprints into the Los Angeles County Fingerprint Identification System (L.A.F.I.S.) and got a match. Teresa then conducted a print comparison of the pizza box print and the known fingerprint; she concluded that they were a match. The print revealed the identity of one of the suspects; a male gang member with an extremely long criminal history, and a previous job as a pizza delivery driver. The suspect was then arrested and prosecuted.

On Oct. 31, at 5:51 pm, Culver City Police officers responded to the 6000 block of Sepulveda Boulevard for a Grand Theft Auto investigation. The officers contacted the victim who said 2 male Hispanics about …[READ MORE]

Corpses Found in Home Near Mosque

The bodies of a man and a woman were found in a Culver City home on Tuesday, May 3. Cops called to a residence in the 4000 block of Huron Avenue, not far from the …[READ MORE]