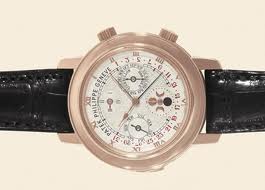 From Lt. Ron Izuka of the Culver City Police Dept- the crime blotter –  April 18 to the 25

On April 18, 2011 at 4:00 pm, a victim called the department to report her business in the 8500 block of Washington Boulevard had been vandalized. The victim said between April 15 through the 18, 2011 unknown suspect(s) used a sharp tool to carve unknown writings into their windows.

On April 19, 2011 1:20 am, officers responded to a GTA investigation in the 11900 block of Washington Boulevard. The officers met with the victim who told them the following; he parked and locked his 1967 Volkswagen at 7:00 pm and when he returned on April 20 at 1:00 am his vehicle was missing.

On April 18, 2011 at 2:40 pm, officers responded to the 5800 block of Doverwood Drive regarding a burglary investigation. The officers met with the victim who told them the following; she had left for vacation on April 14 and locked and secured her residence. On April 19 she received a call from her neighbor telling her that the front door to her residence was open and appeared to be forced open. The neighbor checked and discovered property was missing.

On April 20, 2011 at 3:10 pm, officers responded to the area of Overland Avenue and Farragut Avenue regarding a robbery investigation. The officers met with the victim who told them the following; he had just left his doctor’s office and was walking south bound on Overland Ave. when he was approached by 2 suspects, described as both male Hispanics, in their 20’s. Suspect #1 approached him and produced a handgun and Suspect #2 went through his pants pockets and removed his property. Both suspects then fled northbound Overland Avenue.

On April 23, 2011, at 2:50 pm, a victim called the department to report a robbery occurred at his business in the 6000 block of Sepulveda Boulevard. The victim said a suspect entered the location as asked to see a valuable watch after looking at for several minutes he left. The suspect returned a few minutes later and asked to see the watch again. The victim handed the watch to the suspect and asked for some identification. The suspect then grabbed the watch away from the victim and fled the location.

On Oct. 31, at 5:51 pm, Culver City Police officers responded to the 6000 block of Sepulveda Boulevard for a Grand Theft Auto investigation. The officers contacted the victim who said 2 male Hispanics about …[READ MORE]