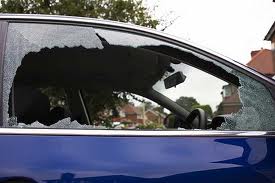 From the desk of Lt. Ron Izuka, the Crime Blotter for March 15th through the 21st.

Burglary:
On March 16, 2011 at 11:30 am, officers responded to the area of Culver Boulevard and Tuller Avenue regarding a burglary investigation. The officers met with the reporting party who told them the following; unknown suspect(s) had pried open a power supply box and removed batteries. The reporting parties said he secured the steel box on 3/15/11 at 12:30 pm and returned at 2:00 pm and discover the burglary.

Car Burglary:
On March 16, 2011 at 4:00 pm, a victim came to the station to report his 1999 Jeep was broken into. The victim said he parked and locked his vehicle at 11:00 am in a parking lot in the 5800 block of Slauson Avenue. When he returned at 2:00 pm he discovered his driver side window was smashed and personal property was missing.

Street Robbery:
On March 16, 2011 at 10:45 pm, officers responded to the area of Hannum Avenue and Buckingham Parkway regarding a robbery investigation. The officers met with the victim who told them the following; he was taking a walk when he was approached by the suspect who was described as male black, early twenties, 5’6 to 5’10, thin build and wearing a red sweater. The suspect pointed a handgun at the victim and demanded his property.

Car Burglary:
On March 20, 2011 at 12:45 am, officers responded to the 10400 block of Culver Boulevard regarding a car burglary. The officers met with the victim who told them the following; she parked and locked her 2003 GMC Envoy at 12:30 and when she returned noticed her passenger window had been smashed out. She also discovered her personal property missing.

So, if you are going to leave stuff in the car…you have a glove box and you have a trunk. What can’t be seen won’t be lifted. And beware of men in red sweaters, they might not be Trojans.

The Culver City Police Department, in conjunction with the Drug Enforcement Agency (DEA) is hosting a drop off point for prescription medications. The purpose of this National Prescription Drug Take Back Day is to provide …[READ MORE]

Corpses Found in Home Near Mosque

The bodies of a man and a woman were found in a Culver City home on Tuesday, May 3. Cops called to a residence in the 4000 block of Huron Avenue, not far from the …[READ MORE]