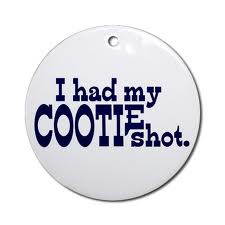 The Culver City Education Foundation granted a grant to Shelia Silver from CCHS for a 40 minute theatre production for K-5 called “Cootie Shots–Theatrical Inoculations against Prejudice and Bigotry.” Working hand in hand with the district’s Anti-Bullying Task Force, CCHS students created the production which supports the program developed by the Human Resources and Services Administration, which has been adopted by CCUSD. The students of CCHS performed for three of the elementary schools. The goal was to bring positive messages and role models to “inoculate” the elementary students at an early age. The students really enjoyed the performance and the message was heard loud and clear.

“For a good five seconds I was speechless, I was thoughtless, I was totally blank, and then I realized – Hey, I won!” When Culver City High School Senior Niko Walker was crowned Homecoming King …[READ MORE]