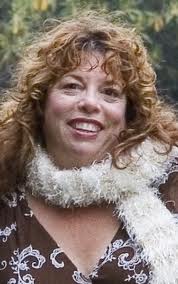 When word began to get around yesterday that CCHS Drama Teacher and AVPA Director Sheila Silver was being let go, drama came out of the classroom and out into the street.

Anne Finestone, an AVPA parent, offered “We are all in shock… two years of winning 1st place at CETA, groundbreaking theatre for high school (Laramie Project), she has a lot of very inspired and involved students.”

Kevin Mitchell, an award winning AVPA student, organized a protest for the morning of Thursday, Feb. 10, saying ” We are protesting the release of Sheila Silver, who serves as an English and Drama teacher during the school day as well as the Creative Director of the Theatre Department of the Academy of Visual and Performing Arts (AVPA). She has been told that she is “not a good fit for the school and even more so for AVPA”.

Mitchell continued, “This reasoning could not be further from the truth. For many of us, Sheila Silver is one of the most inspiring, productive, active, and caring teachers we have ever had. She has led us to earn substantial theatrical awards that have put us on the map for high school theatre in California. In addition, she has fostered genuine growth and interdependency within AVPA theatre and her daytime classes. In the short time she has worked with us, we have become a tight-knit family where people look after each other, create together, and, most of all, work together through whatever personal problems we may have to put out the best work possible.”

Sheila Silver came to CCHS/AVPA  two years ago with 25 years of teaching drama and directing theatrical productions at the secondary level. She also served as Director of Education at South Coast Repertory Regional Theatre. Sheila obtained both her BA and MFA in theatre from California State University Fullerton with an emphasis in Educational Theatre. She has served on the boards of the American Alliance for Theatre Educators and American Theater for the Disabled. Sheila was honored in 2002 by the National Endowment of the Arts/Kennedy Center as Outstanding Theatre Educator of the Year.

A meeting has been called for parents and the CCHS Principal Pam Magee for Thursday, Feb. 10. More news will be posted on Crossroads as the matter develops.

A team from Culver City High School has been recruited to present at an upcoming conference addressing “Closing the Achievement Gap for African American Students: Best Practices for Student Success” sponsored by the Association of …[READ MORE]

Ben Cameron, from KPFK Pacifica Radio, came to see AVPA Theater’s production of The Laramie Project in mid-November. After the show, there was a cast “talk back,” at which time he conducted interviews and welcomed …[READ MORE]