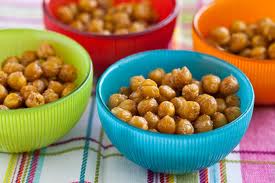 The coolness we experienced this past summer has been a mixed blessing to local farmers and farmers market customers. As home gardeners can attest, zucchini plants were less productive than usual. We’ve had to wait a bit for those baskets of lucious fresh figs. But the good news is that tomato season will be extended. Whether you shop at the Tuesday afternoon downtown Culver City Farmers Market or the Saturday morning Fox Hills Farmers Market, you’ll have plenty of ripe heirloom and traditional tomatoes to chose from.

I’ve been on a one pot meal kick recently. Soups, stews and crock-pot recipes ensure healthy meals with a minimum amount of fuss and clean-up. Many of these recipes call for canned, not fresh, tomatoes, but the flavor of vine-ripe farmers market tomatoes can’t be beat. Here is a one-pot recipe which allow fresh tomatoes to shine.

brown rice, couscous, barley or other grain, cooked according to package instructions

Heat a few tablespoons of olive oil in a saucepan. Add the onion and tomatoes and simmer slowly until very soft, about 15 minutes. In a separate pot, bring water to boil. Add spinach leaves and cook 30-60 seconds to blanch. Drain and rinse with cold water. Squeeze out as much water as possible, then chop the spinach. Blanch the spinach leaves and drain. Allow to cool and then squeeze out as much water with your hands as possible, then chop the spinach. Make a paste with the garlic cloves by chopping them finely with some salt and then mashing them with the side of your knife into the cutting board until a paste forms. Mix that with the cumin, saffron, paprika, cloves, cinnamon and a touch of the water from the chickpea cans until you have a wet paste. Add the paste to the onion-tomato mixture and cook for around three minutes. Add the chickpeas with their water, the spinach and the raisins. Bring mixture to a low simmer. Cook another 10 minutes or so, then check for seasoning and serve warm over grain of your choice. (Recipe adopted from Two Small Farms CSA newsletter).

Katie Malich is very fond of fresh raisins she’s purchased at local farmers markets, and suggests using them when you make this vegan-friendly stew.

“The most delicious fruit known to men” is how Mark Twain described the tropical cherimoya, or custard apple, native to the Andean highland valleys of Ecuador, Peru and Chile. Long a favorite of those who’ve …[READ MORE]

Move over, Farmville. E. B. White’s award-winning book, Charlotte’s Web, has been the quintessential introduction to farm life for generations of American children and adults. Wilbur the pig, Charlotte the spider, Templeton the rat, and …[READ MORE]