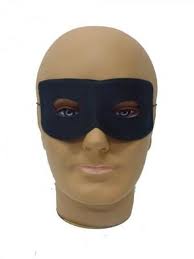 Robbery Suspects Caught – On Sept 6, an armed “take-over” robbery occurred at the Ross Dress for Less (10816 Jefferson Boulevard.). Dressed as Domino’s Pizza delivery drivers, the suspects entered Ross and convinced the store manager to accompany them to the store office to complete the pizza transaction. Once inside the office, the suspects forced the manager to open the safe at gun-point. The Forensic unit processed the boxes and recovered a latent print, which lead to the identity of a suspect. A second suspect was identified and arrested. Search warrants were served and weapons and property were recovered.

From the Police Blotter- Green Robbery

According to the Lt. Ron Izuka of the Culver City Police, “On Feb. 8 at 7:45 pm, officers responded to the 5700 block of Washington Boulevard regarding a robbery investigation. The officers met with two …[READ MORE]

In the Culver City Police Department crime blotter from last week- Vandalism: On Feb. 16 at 6:00 am, officers responded to the 5600 block of Windsor Way regarding a vandalism investigation. The officers met with …[READ MORE]