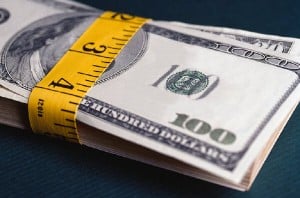 Culver City Unified School District students will soon be practicing their animation skills on computers once used by some of the best animators in the business. Walt Disney Animation Studios recently donated a variety of high-end computers and animation equipment, worth more than $10,000, to CCUSD.

The donation came about after then-Mayor Scott Malsin worked to attract Indiecade, the video game industry’s version of the Sundance Film Festival, to Culver City. Indiecade, which highlights independent video game developers and their new games, was held here from Oct. 1 through 4. After visiting the city, Disney agreed to make the computer donation to CCUSD.

“It is incredibly important for our public schools to tap into all the resources available to them, especially in these difficult economic times,” said Malsin. “I applaud Disney for donating this high-end animation equipment on which Culver City’s students can hone their skills.”

Robert Quinn, the District’s Director of Information Technology, said the 10 Hewlett-Packard workstations are currently being set up and configured to replace older systems in classrooms at elementary schools. In addition, Culver City Middle School’s ACME animation computer lab will be the beneficiary of the 12 Intuos2 Graphics Tablets donated by Disney.

“It’s exciting when our schools get a donation like this, but I think it’s doubly exciting for our young computer animators to know that professionals at Walt Disney Animation Studios once worked using the same equipment,” said Superintendent Myrna Rivera Coté.

On May 13 at 7:30 a.m., the normally quiet schools of Culver City started the day early. A call from the PTA to protest against the budget cuts coming from Sacramento turned out crowds at …[READ MORE]

School Board – Rumors Raise a Tide of Yellow

The Culver City School Board meeting on May 3 was at the Linwood E. Howe auditorium, and the color of the evening was yellow. After the tremendous crowd of red shirts at the previous week’s …[READ MORE]

… And Our AP Scores Totally Rock