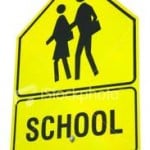 The Los Angeles Times recently identified CCUSD as one of 160 school systems that have a “qualified” financial outlook, which the Times defined as “at risk although probably not in danger of immediate bankruptcy.”
According to Culver Currents, the newsletter from the district, this list also includes L.A. Unified, Burbank Unified, Glendale Unified, Inglewood Unified, Montebello Unified, Norwalk- La Mirada Unified, Pomona Unified, Santa Monica-Malibu Unified and South Pasadena Unified.
The crux of the financial problems for CCUSD – and every other public school district in the state – relates to the slashing of state revenues in Sacramento.
“The Prop 98 guarantee was supposed to supply funding of $6,486 per student in the ’09-’10 school year,” said Ali Delawalla, Assistant Superintendent, Business Services.
Districts are projected to receive only $5,045 per pupil in funding for the 2009-2010 school year – which means a staggering $9.35 million less than anticipated for CCUSD.
And state funding doesn’t look good for next year, said Delawalla, who added that projected revenues could go down to $5,027 per pupil in the 2010-2011 school year.
The designation of “qualified” refers to a district that is able to meet its current financial obligations, but will not have the state-required 3% reserve balance available in the current and subsequent two years if current revenue and expense projections hold true.
“It is important to understand that the information expressed in the Times reflects the data included in the district’s second interim report, which was filed on March 15 of this year,” said Interim Superintendent Patricia Jaffe. “Since then, the Board of Education has been proactive in doing everything it can to cut expenses to keep the district on firm financial ground.”
According to Delawalla, the board approved a net reduction of $1.353 million in expenses for the 2009-2010 school year, and the revenue from the recently approved parcel tax will generate about $1 million per year for five years. In addition, furlough days imposed on CCUSD teachers and staff came after the March 15 second interim report was due and will save the district about $1 million during the 2010-2011 school year.
“We continue to do the best we can with what we have,” said Jaffe, who added “We are very focused on doing the right thing even though the folks in Sacramento make it increasingly difficult for us.”

The School Board will be meeting July 27, (that’s tonight) at 7 p.m. in the district offices. Go to the gateway box on the lower right side of the page and click on the Culver City School District for more information.

Silver’s Dismissal Overturned by School Board

In a special meeting of the CCUSD School Board on Friday, Feb. 18 at 10 a.m., two important votes were taken. First, on a 5 to 0 vote, the item was passed to reconsider the …[READ MORE]

What do El Marino, El Rincon, Farragut, La Ballona and Linwood E. Howe all have in common? All of Culver City’s elementary schools were at one time home to either the Spanish or Japanese language …[READ MORE]