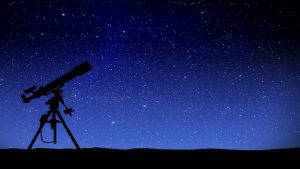 Global Astronomy Month 2017 (GAM2017) fills the entire month of April again with exciting programs for astronomy enthusiasts worldwide. Whether it’s stargazing, sharing with the public, or experiencing the cosmos in art and poetry, there is something for everyone in GAM 2017.

Dozens of programs fill the month of April, with highlighted events worldwide including these:

* Global Star Party—We launch Global Astronomy Month with public stargazing parties being held worldwide. And this year we have asked organizers and participants to share their local star party experiences through a series of Facebook Lives highlighting differences and similarities of everyone in the AWB global astronomy community. All webcasts will be shared with the world, and the AWB Facebook page will be highlighting them all.

* OPTICKS, a Cosmic Mail Art, transmits images to the Moon and back as radio signals in real time.

* Thousands will view the heavens through telescopes provided by amateur astronomers and science centers during SunDay, and other observing events.

* Online observing with popular astronomer Gianluca Masi will feature live interaction with a worldwide audience in the hugely popular Online Messier Marathon. The Virtual Telescope Project will offer a tour of the brightest star clusters, nebulae and galaxies in the sky in one night.

Learn more about GAM 2017 programs on the website at http://www.gam-awb.org
The GAM 2017 website is the hub of all activities, with galleries, articles, and fresh content continuously posted. GAM participants will be adding their reports and photos about their local GAM events and program from all parts of the world.

Here is the schedule of our GAM happenings to date (see astronomerswithoutborders.org/global-astronomy-month-2017.html for details):