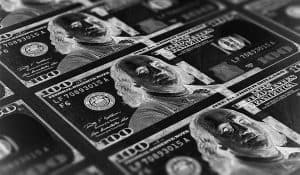 Our political system is being flooded with millions of corporate dollars, drowning out the voices of small donors and voters.

Thankfully, there is a game-changing bill right now sitting on Governor Jerry Brown’s desk that will lead the nation on campaign finance reform — Senate Bill 1107. But we need YOUR help to make sure Gov. Brown signs the bill!

Call Governor Jerry Brown NOW at (916) 445-2841 and ask him to sign Senate Bill 1107 into law to lead the nation in the fight against secret money in politics!

Senate Bill 1107 by State Senator Ben Allen will allow cities, counties, and the state to explore voluntary public financing of campaigns. This means there could be citizen funded elections that build public trust and amplify the voice of everyday Californians, not just the super-rich.

With the help of Courage members like you, we got SB 1107 through the CA State Legislature with bipartisan support! And we need your help again to turn up the heat on Governor Brown.

If Gov. Brown signs SB 1107 into law, we will take a historic step and steer our state away from the flood of secret money unleashed by Citizens United. But he needs to hear from people like you to make sure he stands with the people of California, not the multi-million dollar corporations that are trying to rig our political system against us!

Join us and urge Governor Brown to stand up to dark money!-