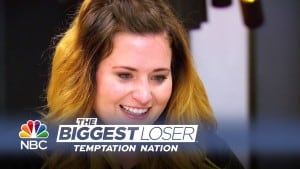 Lowering Your Weight May Take Longer…

I could just scream…

In the New York Times, Monday May 2, 2016 I have finally been confirmed. I mean I knew, I kept saying, I kept reading, learning, repeating, experimenting, failing, trying, and doing it all over and over again. I’d cry, scream, show doctors, talk to fellow employees and still just shake my head at the feeling of being alone and feeling a bit “crazy.”

But guess what? The New York Times has printed what I knew…People who have dieted for years lose their normal metabolism rate. They have to eat such an inhumanly low amount of calories to lose weight that having a severe weight problem may be their life’s challenge.

Yes, a lot of people have kept off their weight. I’ve been thinking about what they do as well. Some bodies/minds just seem to respond to this lower weight/metabolism thing. Others have to skip meals, never eat carbs, or other radical things to adjust to their new size. They can NEVER go back to how they ate before. Never.

We’ve now seen a number of people who lose weight really slowly, averaging only a couple of pounds per year. These slow losers come to meetings every week and they seem to be the ones beating the odds. They’ve made so many changes, albeit slowly, that they report not feeling great difficulty because the adjustments have been so slow. When the average American who sees their doctor for their yearly physical has gained 5 pounds, these members are beating the odds by not gaining the typical yearly weight. They remain the same or go down. Therefore over time, (time being the hard part) they see changes they can keep up with.

I’ve never liked the show “Biggest Loser” because I was frustrated with the message: “Lose weight by exercising your butt off and be shamed for only losing a pound. Or even gaining.” I knew it would create a conflict at work with people who are so frustrated that the weight isn’t coming off quickly. We’re all looking for the magic pill to stop being in pain. And for many of us, extra weight is so painful. And frustrating.

So quick must be good, fast must be better. But is it possible that the speed at which these contestants were required to lose weight, permanently damage their metabolism? Will they ever be able to regulate their bodies to a smaller size, let’s not even try and get them to a decent BMI size. That might be impossible based on what they’ve learned about these contestants metabolisms.

The other issue at stake is a body’s normal set-point. Is there a place, even an overweight place where maintaining your weight isn’t too difficult? Yes, you have to move and think about what you eat, but you don’t have to be too strained. Scientists are realizing that to move your set-point to a lower number is also very difficult because once you lose weight, some bodies scream to eat through powerful hormones that tell the body it’s starving and needs food. Imagine going around having your brain scream at you that you’re hungry, especially an hour after you’ve eaten a meal. It’s not just the stuff for therapist’s office. It’s a real physical challenge that some people have to work with.

If you are one of these people, I hope that the NY times article and this blog make you realize that you are not alone. BUT DON’T GIVE UP EITHER. Being healthy has to include what makes you feel strong and powerful, whether it’s being able to hike, or climb stairs, or shop for clothes that fit your body now, or meditate to balance your heart. There are lots of things we can do to feel better about ourselves. Now. This minute.