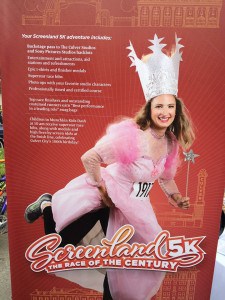 The Culver City Centennial Celebrations Committee (CCCCC) covered a lot of ground at its first meeting without former chair Jim Clarke at the helm, the first being accepting Clarke’s resignation as well as the resignation of Göran Eriksson, a CCCCC member elected to city council last month.
“Jim (Clarke) left a list of projects before he left,” Jacobs said, “the Executive Committee sorted out which to prioritize.”
Board members discussed the activities of the Executive Committee, formed at Clarke’s final meeting. He described it as a smaller, more flexible group that could make quick decisions that arise between the board’s regular monthly meetings. Some members wondered how many and what kinds of decisions had been in the last month.
The Executive Committee also needs to reform after Clarke left the board to become mayor and some executive positions became empty. The board needs to replace the vice chair position vacated by Jacobs when he took over the chair, as well as two empty seats, Jacobs said.
“I strongly recommended two candidates to the Executive Committee, and the committee is prepared to support them,” he said. “Or we can leave the seats vacant and wait until the next meeting.” Former city council candidate Marcus Tiggs, one of the proposed replacements, was at the meeting briefly.
Board members wondered if the available vacancies should be advertised to the community at large and if the board should make the decision of whom to add to their quorum.
“We’re not a committee that takes applications and reviews them,” 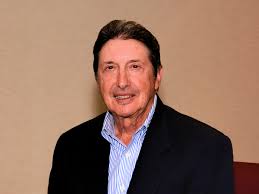 Jacobs said before setting the matter over to May’s main meeting.
“I’d like to know what the Executive Committee is doing,” said committee member Terry Robins.
Members gave reports of areas involved in the opening ceremonies for the year-long city centennial beginning in September. One of the largest, the $125-ticket gala, has morphed from a fundraiser with entertainment, a celebrity host and name band at the Double Tree to an evening of music and food at Sony Studios.
The fundraising committee is questioning if small donors can replace the necessary funds. “The greatest entertainment you can have is to talk, visit and schmooze with your neighbors,” Jacobs said about the new gala.
Culver City Historian Julie Lugo Cerra wondered what the board was planning to do with excess funds raised by the centennial.
“We are a registered charitable organization,” she said. “The one thing we’re missing is doing something for the city, like lights at Blanco Park, or trees, or something permanent that would benefit the city, not just names on a memorial plaque.”
She suggested the board ask the public for suggestions. “We could pass out papers at City Hall or the Car Show or Facebook. Let the people tell us what they would like to leave as a memorial for the next one hundred years.”
Mile Cohen presented a Powerpoint outline of a proposed Screenland 5k Run’s unique course midway through the centennial year. From the famed Wizard of Oz rainbow arch on the Sony lot, it would wind past milestones in the city’s historic downtown through the famed back lot at Culver Studios, and end at Parcel B in the heart of the Heart of Screenland. (See proposed poster above with School Board member Kelly Kent)  The run would pay for itself with 1,500 runners, Cohen said. He asked for $10,000 for initial expenses for security, set-up, gift bags and t-shirts for runners, medals and miscellaneous expenses. Runners would pay $29.99.
“We need to talk about how realistic that is,” Jacobs said, “we can’t say tonight.” He deferred decision to May.
The CCCCC has raised $116,000 in fundraising to date, and spent $6,400, according to treasurer Darrel Menthe.
Chair Jacobs asked members to think about what they want the Executive Committee to do and let him know before the May meeting. “If I don’t hear from a majority of you that it’s a concern, we won’t change it,” he said.