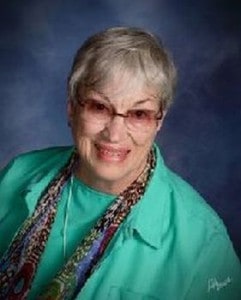 Culver City’s first Poet Laureate Janet Hoult is determined poetry will be an integral part of the arts and culture celebrations during the city’s centennial year.
She is scouring the city for poets, collecting them from her own Wednesday class at the senior center and local schools. “I’ve heard there are some slam poets performing here,” she said, “I would love them to be part of it.”
She hopes Culver City closet poets who don’t normally share their creations will be enticed to share for the city’s 100th anniversary, but she’s not stopping at poets.
“Culver City is an incredibly creative town,” she said. “I hope to promote an artists laureate program like they have in Silicon Valley. Most laureates around the country are poets, an artists laureate program that celebrates performance artists, painters, sculptors, actors and musicians is nearly unique.”
Named Culver City’s honorary Poet Laureate this fall, Dr. Hoult who has a PhD, recently received a Distinguished Service award from California State University at Los Angeles, where she is a professor emerita.
Hoult has a long and colorful history to draw from in her poetry. Raised in Iran where her father was stationed as an engineer, she learned French there and as a Fulbright Scholar in France. Well-travelled in the Middle East, she chose a career of teaching teachers, which took her to countries around the world as ESL programs became popular. She describes herself as a human activist, and has stories of marching with CORE (the Congress of Racial Equality), hearing Dr. Martin Luther King Jr. speak and seeing the early Beatles: all fodder for her verses. It was the tragic death of her only son David from her first marriage in 1999 that launched her into poetry.
“He was a marine biologist,” she said. “He was killed in a motorcycle accident on Wade Street. He was just 29. I was devastated.”
As therapy to overcome her grief, she was counselled to write of her feelings. “I couldn’t for the life of me write anything in prose about David,” she said. “My emotions were so strong, it didn’t feel right.”
A friend suggested poetry, and she found her voice. In 2000, she retired as professor emerita at Cal State Los Angeles and trained to be a certified mediator while developing her poetry.
At 79, Dr. Hoult walks with the aid of a heavy cane. She published Body Parts, the first of a trilogy about growing old and the challenges of the disabled, in 2010, as Janet Cameron Hoult. Body Language came out in March, 2015, and Body Works is being written. She published Where Did the Sun Go? about eclipses in 2013. All are available on Amazon. Proceeds from her books go to the scholarship fund she set up in David Hoult’s memory.
Dr. Hoult will devote the next year and a half to teaching her poetry class and promoting artists for the Centennial. At 80 in August, 2017, she and her husband of 25 years, both amateur astronomers and solar eclipse chasers, will be in Tennessee for the first total solar eclipse visible in North America in decades. They will return to Culver City for the city’s actual Centennial in September. Her appointment as Poet Laureate ends in December, at 81.
“I’ve had quite a life,” she said.

Most recently, Dr. Hoult received a Distinguished Service Award this fall from Cal State Los Angeles, where she taught Language Education.
If you are a poet, contact Janet Hoult at [email protected]. She would love to hear from you.

Below are two of Dr. Hoult’s poems on the art of poetry.

Some words are heavy, some have wings

Some make you think of many things

Some help your mind to soar

Others dash you to the floor.

Words with syllables and letters

Can often keep your mind in fetters

“Which word fits here? Is this one right?”

It can become a mental fight.

Bound by rules and strictest diction

To work a rhyme can cause much friction

By shaking off the hard fast rule

The poet can be genius or fool.

Words that the poet finds

Paint clearer pictures in our minds

Words are the paint; the poet, the brush.

If I stare at the blank paper long enough,

I can see colors and patterns

Drawing my mind in wild directions.

Which one shall I take?

Whatever I decide to focus on

will shift over time

as I play with it;

Rolling the words around in my mind;

tasting the mix I have concocted.

out of the words and phrases,

ensuring that the colors and patterns

are pleasing to the eye and

And that they leave a delicious flavor in the mind,

the heart and the soul,

so the reader will be left asking for more.