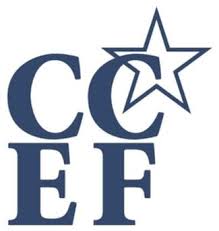 The annual event formerly know as the Benefactor’s Breakfast rebranded yesterday as the Superintendent Circle. While still a morning meeting focused on the Culver City Education Foundation’s accomplishments of the past year, the gathering opted to help people to feel included rather than simply thanked.

With local business leaders and all-star district employees listening over their coffee cups, CCEF Executive Director Leslie Adler presented the totals and the tools they bought. Breakfast was served as the presentation was rolled out.

CCEF raised $401,472 in the 2014-2015 school year, and spent it on chromebooks, Growing Great gardens and musical instruments. They gave CCUSD dance classes and band uniforms and field trips. The entire list of gifts can be seen at CCEF4schools.org (thier new website) and is impressive in it’s length and depth.

CCEF President Wendy Hamill offered a few brief and gracious remarks, thanking the stakeholders for their continued support, and noting that her own children – two high schoolers and a grader school student – were excited about the eduction involved, and offered several examples of  how the projects connect with the kids. “They love it when we have a farmer’s market with the produce they planted in our Growing Great garden. They got to participate in the spelling bees, and music programs. They just light up with excitement when we talk about it.”

Dr Kati Krumpe, CCUSD’s Assistant Superintendent of Education, gave a presentation on chromebooks and iPads, and how they are enhancing the classrooms they are used in. ( Several speakers made remarks distancing the district’s use of technology from the foibles suffered by ‘another nearby school district’ in regard to LAUSD’s epic challenges in using similar technology.)

Superintendent Dave LaRose was his usual loquacious self, using power point, YouTube videos and large graphics to accompany his remarks.  Reminding the audience of the ‘Kid at Hope’ pledge that many CCUSD students begin the day with, he emphasized how “our job is to promote high achievement for all of our students, no exceptions.”