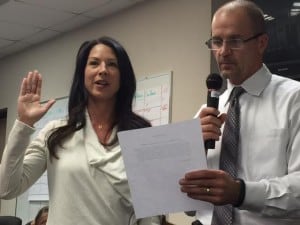 Last night’s meeting of the Culver City School Board saw titles change and newly minted board members added in. Both Kelly Kent and Anne Allaire were sworn into office with a small ceremony. School Superintendent Dave LaRose read the oath of office as the women promised to defend the Constitution of both the United 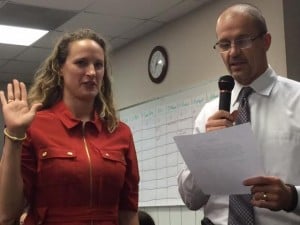 States and the State of California. Applause from the crowd was warm and sincere, and the board members posed with their families before sitting down to begin the evening’s business.

Dr. Steve Levin was moved into the the position of Board President, Kathy Paspalis was seated as Vice President, and Sue Robins became the Parlimentarian.