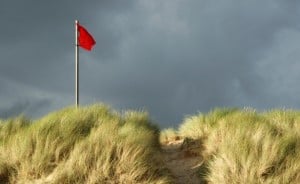 Back in the 80’s, when I lived in Tokyo, I used to have a friend tell and re-tell my favorite story from her corporate days in Manhattan. She worked at a bank where a notorious chocolate stealer vexed the employees. The employee would regularly swipe a person’s coveted chocolate bar right out of their cubicle. The workers united to fix him: they bought a bar of Ex-lax, and dressed it up in Hershey clothing. People snickered (pun intended) later when he finally learned his lesson. A romance with the toilet had he; the chocolate thief had been caught, brown-handed.

I recently met a good enough looking guy who, unfortunately, had a fatal flaw that I, fortunately, discovered early. The situation reminded me of that Ex-lax bar. As I cut him loose into my community, I found that women, instead of asking me why I’d left him up for grabs, embarked on a feeding frenzy like that office worker on the three o’clock stretch.

My point is that if I have a chocolate bar and you want a piece, ask me for it. I’d be happy to share a piece. Problems start when people grab without asking. If asked, I’d be willing to share the information I have about seemingly “eligible” gentlemen. I take issue with such lack of communication among peers. Instead of the covetous mad dash to get what you want, take a breath for a minute; show restraint. The guy with the fatal flaw is the Ex-lax, and the women who chase after him are chocolate stealers.

People of any gender who are bestowed things without appropriate effort ultimately don’t learn how to navigate effectively in this world; trouble can and usually will eventually befall them. I’ve worked hard (and am still progressing) to try to feel that such a thing as “enough” exists. If you can make yourself believe this, it removes covetousness from your life. And, as I have heard at least one religious leader say, “if people would just obey the tenth commandment (thou shalt not covet), we would not need the rest of them.

But what does constitute a fatal flaw? A fatal flaw is something about the man that even the most desperate woman will not abide. Physical disabilities aside, in my current state of mind, at least, I consider “fatal flaws” to be: the two-timers, the penniless, the just cheap, the angry, the severely depressed, the overly needy co-dependents, and, at least for me, people who can only be reached by landline. Add to the list those who harbor some ulterior motive like: money, nookie, or citizenship, or all of the above.

I asked some of my male friends what they thought a “fatal flaw” might be in one of their own kind. In unison, two of them answered, “uncontrollable flatulence.” Then one said, “stupidity, because you can’t fix that.” Finally, they offered: the malodorous and/or the hirsute, but I discounted all of these flaws as “non-fatal;” they can be remedied, or one can grow accustomed. I am aware that what one person considers a fatal flaw might be another person’s catnip. A fatal flaw has to be something insurmountable that prevents romance. There is a distinction between a “fatal flaw” and a “red flag.”

“Red Flag” is a term often used in the senior dating scene; it is a life pattern that can be pretty quickly discerned at this late stage in life. In your twenties and thirties, you just might not be a “fit” with one kind of person or another, as you wade your way through dating experiences on the way to finding what may become a single life partner. Your forties are a transitional time, where you at least have the chance to do things over correctly. Once you are past fifty, however, you have had all of your chances. Women who have never been married no longer have the biological chance of being mothers, and men who have never tied the knot must be considered “red flags,” for their inability to commit.

I’ll translate for you: “I’ve never met the right woman,” might mean their mothers got in the way, or that they always kept one foot in a relationship, and one foot on a banana peel, looking to slip away to something better. The inability to think somebody is good enough for you can become habitual. Conversely, deciding that someone is good enough too quickly can be a problem, too. This leads to what’s known as serial monogamy, or, multiple marriages and/or relationships: another red flag. “I’ve been too busy with work” means, “I don’t know how to prioritize what’s important.” You’ll never come first in that man’s world. Relationships can also be made or broken by a lack of common goals, most crucially among these, having children or not. This can be a “red flag” In itself, meaning, a cause for a person to not have entered into a relationship for lo, half a century.

If you are internet dating, where millions can meet millions through reliance on these new-fangled meeting algorithms, you want to be aware of red flags and fatal flaws. If you meet people doing things you love, however, like dancing or hiking or playing cards, you may indeed end up overlooking these kinds of barriers, in favor of having a person who shares your interests.

If and when you do end up in a relationship, whether or not you or your partner actually changes their relationship status in Facebook is another interesting topic. I have not yet noted many of my gentleman friends changing their status to “in a relationship,” yet their new womenfolk love lipsticking their collars by posting lovey-dovey photos with their new beaux, and tagging them. Of course, relationship-starved men might do the same, and/or go ahead and change their status, only to be subjected to the heartbreaking ordeal of removing that relationship status, when he comprehends that she wants to be “just friends.”

I have no real conclusion for this little essay of mine. Some of my (tolerant) readers will say this essay is “all over the place,” and maybe it does sound more like a “blog” this week, than my preferred “essay” format. So here’s my conclusion: life goes on, as we try to learn to really look at each other, listen to what each other says, and use our words and deeds to show that we actually care about getting along with each other. I am still learning, but have learned much, both personally and professionally, about the value of a face-to-face conversation. Things don’t always get resolved right away, but the eye and voice contact tends to lead us down the path of reparation.