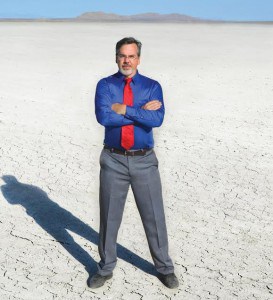 “Stephen Murray impressed us by far as the candidate who knew the most about water issues. In this time of drought and water shortage, we need to elect the best possible person to the Board of Directors for our local water agency.” said Al Sattler of the Sierra Club Water Committee.

All three candidates vying for the open seat answered a detailed questionnaire and interviewed with local Sierra Club members.

“Stephen has been on the ground in our community,” David Haake, Vice Chair of the Sierra Club’s Angeles Chapter adds, “In addition to a broad and deep knowledge on our water issues, Stephen brings a science-based approach to finding solutions that will benefit both people and the environment.”

The Sierra Club held interviews for three other Water Board races but only endorsed candidates in two: Stephen Murray for West Basin’s Division 4 seat, and Carl Southwell for the neighboring Division 1 seat. “We just wanted to recognize the best.” said Al Sattler.

Stephen Murray has 34 years experience in creating environmental, conservation and sustainability solutions. He recently owned Sunstruction, Culver City’s only contracting firm focused on sustainable and renewable solutions. As a founding member of Baldwin Hills Oil Watch and Frack-Free Culver City he has been on the forefront of California’s fight to end fracking. He lives in Culver City with his wife and two children.

The Angeles Chapter is the local voice of the Sierra Club, America’s oldest, largest and most influential grassroots environmental organization. Its 40,000 members in Los Angeles and Orange Counties strive to explore, enjoy and protect nature in their communities and the planet. Learn more about the Angeles Chapter at www.angeles.sierraclub.org.