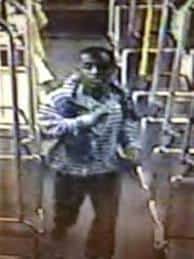 It is not going away. The rape on the bus is back in the news, and you get another chance to think about it.

The main reason the it got stuck to the tag “Local News – Culver City” is because the bus was in Culver City when the crime was committed. It was not a Culver City Bus, nor, as far as current evidence is available, are either the survivor or the perpetrator Culver City residents. Now that the perp has offered a “not guilty” plea, there may be a while before the story resurfaces again.

But it’s our crime now- that’s what happens when you get googled- and perhaps there’s more to it than that.

Many of us are familiar with the story of Kitty Genovese, who was murdered in NYC in 1964 while neighbors listened to her screaming for help but did not respond. Although the facts are in dispute – some neighbors say they did help – it was a tale that became the perfect example of how cruel urban life is; you are surrounded by people who could help you, but don’t bother.

One of the more recent reports on the rape (CBS News) had a Genovese-like conflict of someone saying they had gone to the bus driver to report on it – but the surveillance tape does not record it.

While we teach the kids about anti-bullying, there are plenty of adults who could use a refresher course. If you think someone is being abused, it is important- no, it is vital – to step forward and do something. While we are trying to get more people using public transportation, this is the kind of info that keeps us in our cars, with the windows rolled and the doors locked. The epidemic levels of violence against women and children – and the survivor in our story qualifies as both – must stop. While this bus rolls through our turf, it is our job to stop it.