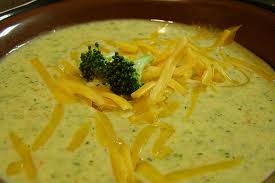 I’ve been enjoying wonderful cheese all week thanks to the merchants at the Tuesday afternoon Culver City Farmers Market.

Soledad Goats is one of our newest vendors. You can’t miss their goldenrod and purple banner proclaiming “Award Winning Goat Cheese” from Mojave, California. When you stop at the booth, you’ll be greeted by owners Carol and Julian Pearce. The Pearces learned the ins and outs of cheese making in their native England, but relocated to the warmth and sun of the high Mojave desert, where they raise Alpine, LaMancha and Nubian goats. Their stand at the Tuesday market offers soft, creamy chevres: fresh pasteurized cream cheese. The Pearces won a gold medal at the World Cheese Awards for their Lemon and Lavender Chevre. They offer a variety of chevres flavored with herbs and spices, as well as goat cheese in olive oil. I sampled several chevres before settling on a container of cucumber and a container of roasted garlic. You can also purchase goat milk yogurt, conveniently packaged in individually-sized servings.

After a surfeit of Brie during the holiday season, I was craving the slightly more subtle flavor of Camembert. Laurent Bonjour, the amiable cheese monger whose truck is a fixture at the intersection of Main St. and Culver Blvd., satisfied my craving by handing me a light round wooden box of French Camembert. With the chevre and Camembert, a freshly baked baguette, and an assortment of Tehachapi-grown apples and pears from Ha’s Apple Farm, I was in cheese heaven.

Both Camembert and Brie are semi-soft French cheeses made from cows milk, but there are some noticeable differences. Normandy, a primarily agricultural province next to the English Channel, has brought us both Camembert and the apple flavored liquor Calvados. Normandy is the home of many famous French cheeses. According to legend, Camembert was reportedly invented in 1791 by Norman farmer Marie Harel when she was told cheese-making secrets by a priest from the Brie-making Isle de France region of the country. Unlike its eastern cousin, Camembert is made in small rounds (8- 12 ounces or 250- 350 grams). The smaller size increases the rind to interior cheese ratio, which affects the taste of the cheese. Also, a true Camembert should have a slight salty taste. As chilling the cheese affects its flavor, Camembert should always be allowed to warm after refrigeration. It is best served at room temperature. .

I rounded out my cheese, bread and fruit board with a hearty vegetable soup. Vegetable soup is both healthy and easy to make from scratch. You can consult a recipe if you wish, but you can also make one from ingredients you have on hand. I’d set aside some vegetable trimmings and peelings to make a flavorful vegetable broth. I simmered some celery tops and fennel stalks, onion skins, and carrot peelings in water. Aim for a ratio of 2-3 parts of water to one part of vegetables. After straining and discarding the solids, I tasted the broth and added some salt. I then added some shredded tender kohlrabi leaves; a diced carrot; half an onion, diced; a couple of celery stalks, sliced; 1/2 cup of red lentils and 1/2 cup of brown lentils. Covering the saucepan, I cooked it over medium heat for 20 minutes until the lentils and vegetables were done. Tasting it after the flavors had melded, I decided that a subtle South Asian seasoning would work well with the lentil-vegetable combination. So, I added generous pinches of cinnamon, cumin, pepper and turmeric, along with a star anise (you could substitute a pinch of Chinese five spices powder if you don’t have star anise). I was in the mood for something hearty, so I added 1/2 cup of small elbow macaroni before returning the soup to medium high heat for another 10 minutes.

Sometimes a busy cook is looking for a tried and true recipe suitable for a weeknight supper. You can make this hearty and healthy broccoli and cheese soup from fresh farmers market products in under an hour. With a half-cup of grated cheddar and two cups of milk, this recipe marries the richness of cheese to the fresh taste of broccoli without relying on cups of calorie and additive-laden processed cheese.

Wash broccoli. Peel tough outer layer of stem. Chop into chunks. Melt butter in a dutch oven or large sauce pan. Add the diced onion and saute until soft, about 5 minutes. Gradually add the flour and saute, stirring constantly, for a minute. Then add the broth, broccoli, thyme, mustard and lemon juice. Bring to a boil, then bring heat down and simmer until the broccoli is tender, about 20 minutes. Using an immersion blender, puree the soup. You could also puree it in small batches in a food processor. Add the milk to the pureed soup and bring it to a simmer. Sprinkle half the cheddar cheese into the soup and stir until smooth. Keep the heat low to avoid curdling. Season to taste. Ladle into bowls and top with remaining shredded cheddar to garnish. Serve immediately.
The Culver City Farmers Market is held each Tuesday from 2 to 7 pm on Main Street between Venice and Culver Blvds. The Culver South Farmers Market is held on Saturdays from 7:30 – 11:30 a.m. in the Westfield Culver City parking lot at the corner of Hannum and Slauson Blvd.

Katie Malich enjoys warm soup on cold days, and will be celebrating National Soup Month every week in January.

All I could think of as I inched my way forward on rain-drenched freeways last Friday night was warming myself with a steaming bowl of hot soup or stew, cradling the bowl in my ice-cold …[READ MORE]