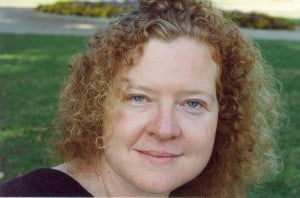 The thing about the car show is partly the timing. Here’s the worst ecological disaster in history spread through the Gulf Of Mexico, brought about by our need to feed the internal combustion addiction, and we’re getting exciting about a row of well-restored 57 Chevys. I am, in the ways of a true California Girl, as hooked into car culture as a low-rider on a Saturday night cruise. But the in the philosophy I profess, walking my talk means hey, get out and walk.

“The test of a first-rate intelligence is the ability to hold two opposed ideas in mind at the same time and still retain the ability to function.” said F. Scott Fitzgerald, but I don’t know that even the master of literary ambivalence would have been able to live with the kind of contradictions I sort through every day. Loving cars and hating oil companies just can’t be set aside any longer.

I cannot cope with the BP Oil Disaster. I am sickened anew every day with how it happened, why precautions were not taken, the continued spread of the spill, and the predictions of the harm that this devastation will cause. It is as hideous as Chernobyl, in an area more than a hundred times bigger. The moment has come for my love of cars to come face to face with my love of this planet, and decide what love is really about.

If we are lucky, life offers us the opportunity to know great love.

One of my greatest- nine years plus- was a 1969 Pontiac Firebird. It was my first car. I had a 350 horsepower engine. I could put my foot on the gas and be in the next county in seconds. I might still be driving it today if I had the skills of some of these car show folks. When I was a teenager learning to drive, I saw all these other people fall in love with their cars and I thought- how stupid- it’s just transportation. Then I fell in love with mine, and I was absolutely no better than anyone else.

I didn’t buy it because it was powerful or pretty. It was just an unused car sitting in someone’s garage taking up space and they decided to sell it. I needed wheels to get from PalosVerdes to Long Beach so I could get to college. In fact, it was a lot of scarred grey bodywork and bondo when I bought it. I took it to Earl Scheib and picked out my favorite shade of Midnight Blue. It had a black vinyl interior that heated up to almost unendurable temperatures in the summer. The roof was never in good shape and got worse as the years went by. But for getting from Point A to Point B, there was no better way to go.

I accidentally became stylish. In a crowd of teenagers so spoiled you would find more than one Porsche parked in front of the party my car was the one that people exclaimed over. My friends dubbed it the Bluebird, and tales were told of speed and stamina that were, I have to confess, true. The speedometer went up to 160, but over about 120, the frame would be shaking so hard I’d have to back off for fear of blowing a tire. Never got a speeding ticket. Gotta catch me first.

I still have dreams where I can feel that slender steering wheel under my hands, and I am the queen of my destiny. I can think of very few things I have owned in my life that gave me such an immense feeling of freedom and power as that car. Not an addiction easily surrendered.

While the elderly Volvo that I drive these days really is just a Point A to Point B kind of thing, it still needs to be fed. I would love to be able to give up my car for the same reason I quit smoking cigarettes – I just hate giving those bastards my money.

The stain across the Gulf Of Mexico (created by a company with the very greenest of marketing departments- you’d swear they were selling solar powered butterflies from their advertising) is going to be spreading across the seven seas for decades to come.

Our culture has already crossed into the Mad Max dystopia where a gallon of gasoline is worth more than a bucket of blood. We are fighting how many wars in how many countries over oil? What kind of sway would the Saudi princes have over us if we were running our lives on steam, or sunlight? What would the Middle East- or any other part of the world- look like if oil were of no value to us? How different could the next hundred years be if we changed our focus right now?

So, just to be completely perverted, I rode my bike to the Car Show. There’s nowhere to park, anyway. Yes, all the old fossils looked good – Thunderbirds and lowriders, squad cars and stunt machines. Someday, somewhere on down the road, they will all be parked in some fantastic museum, and we can take the mag-lev train, or the solar shuttle to get there.

If we are smart enough to last that long.
If the ocean will ever forgive us.
If we start doing things differently right now. Not out of guilt or fear or anger. Just for love.