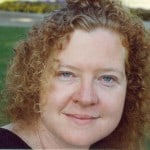 Being “New Media” often means learning a new medium every week. The amount of technology I use on a daily basis impresses me, often while I’m using it. That “eureka!” moment when I understand how to download the photos or where to cut the music in gives me absolute delight. The tools of the trade- my toys, as I like to think of them – all have batteries and cameras, keyboards and screens. As someone who recalls when changing the television channel meant getting up and walking to the other side of the room, technology is sweet. I love my toys, but they don’t always love me back.

I got a message on my cell phone from my friend Bill, who is of the same vintage that I am, and he laughed about the James Bond gadgetry of it all. “Who would have thought we’d have the universe on call in some gadget smaller than a paperback?” But the advantage of having the universe on call became a huge challenge when suddenly the universe began working in what seemed to be a random and unpredictable fashion.

I got a new phone. My contract was about to end. I had all kinds of offers for free upgrades and sweet deals, so I went into the phone store. My goal was just to be able to keep my number, and get a better camera. The sales staff worked hard to convince me I should pick up on all kinds of sexy new options, but told them I was already going steady with my laptop, and that we were very happy together. So I got a “smart” phone. It has a touch screen, a camera and video option, a keyboard, and a voice command, lots of new bells and whistles to play with. Eureka!

I had only had it for two days when it went dark. Cold and silent, refusing to respond, nothing I did could bring it back to life. I took it to the shop, and was told, oh, you just need to pop the battery pack. OK, I thought, let’s hope that doesn’t happen too often. Maybe it was jealousy; I do spend a lot of time with the laptop. So I offered the phone a spot next to my pillow, a place for a nightly recharge, and the phone lit up and glowed.

Another day later, and it was dark again. I had charged it all night. I touched, I coaxed, I played- nothing. Back to the shop. Another professional tickle from someone more educated in the art of making phones happy than myself, and all seemed well. But I was getting wary. How much professional counseling should a cell phone need?

I was coming out of the YMCA after yoga, and realized from the glow in my purse that my phone was on. I picked it up out and saw an email from a news service. I was not at all concerned that George Steinbrenner was dead, but my phone was freaked out. I remembered I don’t get email on my cell phone, and I started to wonder; what was wrong with this phone? It could not be loneliness. We were together all the time. I tried to give it a comforting touch, but it would not let me. I couldn’t access the touch screen. Turning off the email seemed to have put it in a very bad mood. Dammit, I thought, another trip the phone store.

Then, I got a call on my landline (the most neglected bit of technology in the house) from my friend Russ informing me that my cell phone had called her several times yesterday. Then another friend let me know I had sent, not a call, but an auto-text message. As more people found ways to get in touch and tell me my cell phone was acting on it’s own volition, I was more impressed with technology than I usually am. Perhaps just a bit intimidated. Before the phone decided to shoot a video of me sleeping and post it on YouTube, I took it back to the shop. No amount of tickling was going to make this thing happy. It had gone mad.

When technology just goes crazy, I take a moment to wonder how amazing it is that anything works at all. The little phone, the size of a very slender deck of cards, is the master key to hundreds of addresses. It allows me instant access to so many people, institutions and information, it does remind me of James Bond. Like most of us, I take it completely for granted. So, ruling out loneliness and jealousy, maybe it was just feeling unappreciated. That can cause insanity.

When I looked over the list of calls the phone made by itself, I could clearly discern a pattern- girlfriends and sisters. The ones I call to just exclaim what a day I’ve had, or ask for a shoulder to cry on, or to bounce an idea around with; the women who I could call at any hour and they would be there for me. Maybe the phone was not as messed up as I thought it was. There was a method to the madness. It certainly knew who to call.
.
Then I considered what a gift it was. Perhaps a touch of “Dorian Gray,” Oscar Wilde’s famous tale about a man whose portrait ages, but he doesn’t. How much easier to have my cell phone go crazy, rather than go crazy myself.

Maybe cooling my heels at the phone store on one of those days when I was running too hot was a gift in itself. Perhaps there was a phone call I really needed to miss. Maybe it was time for me to be silent. Telling people “I’m having some problems with my new phone” gave me an out. It isn’t me – just the phone.

So I discovered my tools taking care of me in ways I had not even considered. Perhaps my toys have their own secret society, making sure I have my sisters on speed dial, keeping my appointments on my calendar, running the numbers and paying the bills. Perhaps the video-cam is thinking up creative ways to reuse the old, badly lit footage. Maybe the laptop has been mentoring the phone while I’ve been sleeping, sending coded messages through the Airport in HTML “Don’t play the alarm. She really needs to sleep.”

Maybe, in their own electrical silicon ways, my toys really do love me back. Eureka!

May 23, 2011 Culver City Crossroads, Just a thought by Judith Martin-Straw 1

There was a tense moment a few months ago at a school board meeting, when the discussion of placing solar panels on the school grounds got very heated. The head of the sustainability committee, Todd, …[READ MORE]