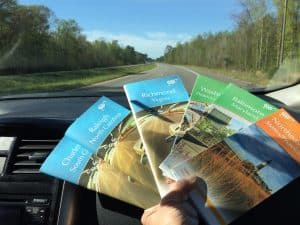 I’ve always been interested in the concept of a “Sister City.” Growing up in Los Angeles and then living in Japan through my twenties, I used to ponder on how or why Nagoya was LA’s sister city. Urban sprawl, I thought? The fact that New York would have Tokyo as its partner is obvious, San Francisco and Osaka is a little more of a stretch. Actually, the whole process seems a little more arbitrary than looking for true commonalities. Wikipedia’s definition of sister city was, “a form of legal or social agreement between towns, cities, counties, oblasts, prefectures, provinces, regions, states, and even countries in geographically and politically distinct areas to promote cultural and commercial ties.” I like the “oblasts” part of this definition especially; I come across that word more often than you’d think in my holocaust research. It is the word used in Ukraine for state or province.

As for my own (Culver) City, our sister city is Kaizuka, Japan. Kaizuka is a part of greater Osaka, as Culver City is a part of greater Los Angeles, which fits. Both Osaka and Los Angeles are also located in the western territories of their respective countries. Our town has an exchange program for some of the school children (although it is not a school district to school district relationship), we exchange runners for marathons, and the cities have given physical gifts to each other, like the Japanese garden we have in front of the Julian Dixon Library.

In my day, I did a stint as a guide and interpreter for students from Culver City to Kaizuka, and I also provided accommodations to visitors from Kaizuka as well. But what I personally mean by “sister city,” or what I shall term “brother cities” are places I’ve traveled that somehow, remind me of each other. In one of my earliest Ruth’s Truths, I wrote about connections I made across New Orleans, Venice (Italy) and Rio de Janeiro. I find these cities similar physically, culturally and religiously. All three celebrate the Mardi Gras tradition, all three speak or have spoken Romance languages (French, Italian, Portuguese), and as you walk each of these places, you hear music in the air.

On my most recent trip, which was a road trip own the I-95 from New York to Florida, I made more connections. The place I enjoyed most as a tourist destination and hope to absolutely return to was Savannah, Georgia, established in 1733. There is a pervading culture of arts and architecture, a rich historical and literary timeline, and one entirely unique aspect that truly does not exist elsewhere: the streets are laid out in an Excel-like grid, and the trees are mature, green, and leafy, with these inimitable branches hanging down to the street. As I search for a brother city for Savannah, I am hard-pressed to find one. If sheer uniqueness is to be the barometer, I might dare to list Jerusalem, because there is absolutely no other city on earth like Jerusalem. Savannah, however, may not be as unique in the world, as just in America. Savannah might be more of a Kyoto: also laid out on a grid, among other similar characteristics.

The other city I visited on this trip and would return to in a heartbeat is Philadelphia. Philadelphia is also unique, in terms of historical significance. My feeling, “brother city”-wise was: Boston, to which I am sure everyone in the know would take exception (too close of a potential rivalry), but I feel what I feel, and Frankfurt, Germany, which may be my more unique take. Here’s why: both river cities, both architecturally a mix of old and new (although a lot of Frankfurt’s original “old” has been rebuilt), both with interesting enough histories although neither ever the largest nor the capital of their respective countries. I’m also gonna’ say it, both cities (and yes, you CAN say this about some German cities) strike me as cities where Jews can and have flourished, which is not simply the case everywhere, but always means there is an arts-centric caste to a place.

Interestingly enough, as I write this essay I’ve been researching information about sister cities in the world, and, and, lo and behold, I found that Tel Aviv is not only one of Philadelphia’ Sister City relationships, but one of its first two such relationships, along with Florence, Italy! Duh, no brainer for Florence: river, arts, never the capital, etc. I was also pleased to find that my ken regarding these cross-globe similarities between places is spot on; Frankfurt Am Main, Germany was just added in 2015! In evidence of how seriously Philadelphia considers these relationships, the web site of “Citizen Diplomacy International” (cdiphila.org) states, “…the economics of maintaining relationships…doesn’t permit…” them to accept additional Sister Cities at this time. This fact, however, does not prevent a traveler from seeking similarities to other places and differences with one’s beloved own home town.

Lest anyone think I just fall in love with every place I go, I will add a few places I am glad I passed through on this trip, but to where I do not necessarily feel compelled to return. It’s not my intention to show disrespect, but there are certain things I look for in my travels, which are: civic-wide embracing of the arts, world-class attention to cuisine, significant history, literary heritage, past (and preferably current) presence of a viable Jewish community, interesting architecture, a (body of) water-centric culture. Having said that, I didn’t love Baltimore or Charleston as much as I thought I’d might. This is also the reason we used New Jersey roadways, but basically shot through the state, and we marched like Grant through Maryland, Virginia, North and South Carolina and Florida, with the best, and most wonderful, parts of that part of the trip being our visits with family and friends as we went. Next: after all that Americana, off to Cuba.