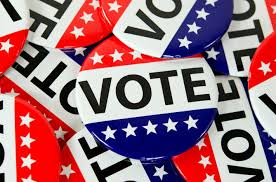 You thought the election was over? Well, almost, but there are still a significant number of ballots to be counted, both vote-by-mail and provisionals. A grand total of 1,229, and that process begins today. The election results will be finalized and certified at the next city council meeting on April 25, but plenty of ballots are ready for counting on Tuesday, April 19, 2016 ( that’s today !) beginning at 1:00 PM.

The city estimates ballots in this category will be fewer than 50.