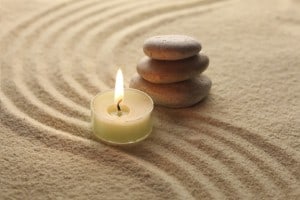 I am a person who not only doesn’t mind change,  I have been a proactive change monger, especially during my younger years.  As I look back over the big milestone markers of my life, I marvel at friends who have stayed married to the same person over twenty, thirty, even forty years, and at people who have remained at one job for thirty-seven years, or those who have lived in the same apartment for such lengths of time. I guess there must be solace in such stability, but I’ve never known or craved such a thing. As I ponder what could be ahead for the new year 2016, I am compelled to time machine my way back to each prior decade of my life: 2006…1996…1986…1976…1966. At every single juncture, the setting and main characters in the plot of my life were entirely different!

Ten years ago, I was in my second year of tenure at Culver City Middle School. My divorce had become final in December of the prior year, and renovations on my house had been completed. Maybe contentment beckons goodness. On Monday, July 3rd, I attended a special dance event, and it was instant ‘Tony and Maria.” I recall the incredulity I felt as my “relationship” unfolded. For nearly an entire year, we saw or spoke to each other every single day. The following June, however, he took a trip back to his home country. I’d wanted to go along, but he wouldn’t hear of it. I heard nothing from him for over a week, and knew it would be over when he returned. But that was 2007 already, 2006 had been a good year. We got back together and lasted to 2010, but red flags ravaged our racetrack.

Twenty years back, the idea of changing careers would never have entered my mind. My older son was two, and my younger son not yet even in the picture. I pursued my career in the travel industry with vigor. In hindsight, I wish I’d been home more, but maternity leave was long over, and a nanny cared well for my little prince, not yet even pre-school age. I traveled for business often. There were rifts already at this four year mark of my (second) marriage, and insurance paid for couples therapy, so we went through the motions, but too many layers of mystery were removed, while the estrangement was not repaired.

I was living in Tokyo thirty years ago, one of the most exciting years of my life. I joined American Express in February of 1986, and loved my job so much, my employment there defined me for many years to come. My Japanese (first) husband and I were elite: referred to as “DINKS” (double-income-no-kids) in 1980’s Japan. I held leadership positions in a couple of women’s organizations, and was involved with the Jewish Community Center of Tokyo. I recall a charmed existence, except for the fact that my mother, 54, had been diagnosed with cancer the year prior. She died the following year.

What could have been a more seminal year of transition than 1976? A forty-year reunion is coming up this year. I started the year off with Japanese classes at Venice High’s night school, after years of waiting to study the language. Still 17, I wrote “18” on the registration materials, and they let me in. Spring brought my acceptance to UCLA, and In June I graduated high school with California Scholarship Federation honors. Over the summer, a friend and I took a grand tour of Europe, and then I started college in September. I’d had a couple of short romances in high school, but I met my first “real” boyfriend during first quarter; I am pretty sure I can still identify the spot where I first saw him. We broke up at my 18th birthday party that December.

There’s only one decade marker left: 1966. My sister had been born in December of 1965, and we’d moved from the apartment on Westgate Avenue in Brentwood, to the house in Mar Vista that shaped my childhood. To this day I lived there longer than any other address. I started the second half of first grade at Mar Vista Elementary school. The girl who lived three doors down taught me how to ride a bike, and I fell in love with the boy who lived across the street and two doors down. He used walked me to school sometimes, and I liked the sound his jeans made when he walked.

I set out on this backward journey through my life, to try to imagine what it might have been like, if – in a parallel time warp – that first college sweetheart in 1976 would have been “the one.” If we had been married, secured jobs, had kids, bought a home, and were still together as I write this…I can’t even fathom it. I was not dealt those cards, and if I had been, I would likely not have played them that way.