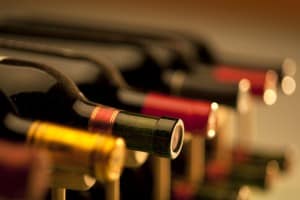 It’s an ideal controversy to discuss at Happy Hour; there are 83 popular, inexpensive brands of California wines that contain illegal and dangerously high levels of poisonous inorganic arsenic, according to a lawsuit filed Thursday, Jan. 28, 2016 in Los Angeles. The complete list is included below.

CBS News reported last Thursday that “very high levels of arsenic” showed up in almost a quarter of 1,300 wines tested by independent Denver-based lab BeverageGrades. “Very high,” according to BeverageGrades founder and former wine distributor Kevin Hicks, meant four to five times more arsenic than the EPA standard for drinking water, which is 10 parts per billion (ppb), or 10 micrograms per liter (mcg/L).

“Three separate testing laboratories skilled in arsenic testing have now independently confirmed that several California wineries (including those named as Defendants in this action) instead produce and market wines that contain dangerously high levels of inorganic arsenic, in some cases up to 500% or more than what is considered the maximum acceptable safe daily intake limit,” the complaint states. “Put differently, just a glass or two of these arsenic-contaminated wines a day over time could result in dangerous arsenic toxicity to the consumer.”

The report reads as alarmist — though they mention at the end that their own independent testing of four wines yielded arsenic levels above 10 ppb but much lower than BeverageGrades’ results — and Hicks clearly finds these results concerning enough that he’s filing a class action suit against more than two dozen wine makers and sellers for their unsafe products.

However, it needs to be emphasized that Hicks is also offering to sell his companies testing services to wine makers who might be concerned about… arsenic in their wine. This news report and lawsuit could easily be seen as creating one’s own demand.

But assuming BeverageGrades’ results are correct — a big “if” since the results have not been independently confirmed, the company has not described its methods, and is simultaneously attempting to sell winemakers its services after creating a news story — how much should you be concerned if you’re a regular wine drinker?

The shortest answer, quoted in Forbes.com, from Kenneth Spaeth, MD, chief of occupational and environmental medicine at the North Shore-LIJ Health System is ‘we don’t know yet.’

These wineries have long known about the serious health risks their products pose to customers,” plaintiffs’ attorney Brian Kabateck said. “Yet instead of reducing the exposure to acceptable levels, the defendants recklessly engage in a pattern and practice of selling arsenic-tainted wine to California consumers.”

Arsenic is an odorless, colorless and highly toxic poison known to cause illness and death when ingested. Some of the long-term health effects of arsenic exposure include various types of cancer, cardiovascular disease and diabetes, medical experts say.

The lawsuit is just that: a lawsuit. And neither judge nor jury has weighed in on the allegations. Still, the story has gone viral on social media, with many posts wondering just which wines are included in the suit.

Well, here they are:

Note:, Any wines listed without specific years are non-vintage, meaning the grapes used did not come from a single year.

Best solution? Spring for the good stuff. Better wine (perhaps less wine-) can be in the budget and in your best interest.

A toast “to your very good health.”

City News Service,  Forbes.com, and Monrovia Patch area all cited in this post.