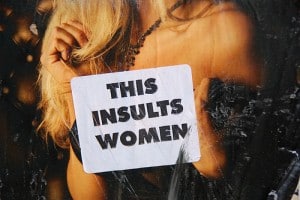 It’s a great moment when I learn something from my children, but sometimes seeing what they see is so daunting it can feel overwhelming.

The City has announced an evening of ‘Visioning a Hospitality and Entertainment District’ tonight at 6 pm at the Vets Building. This will be a presentation from PlaceWorks, a company representing other corporate interests, who are looking to create a district in the Fox Hills area of Culver City. This district is being offered as a way to focus our larger hotels and shopping mall into a sort of Universal City Walk or Third Street Promenade, but all the noise about pedestrian walkways and bike lanes seems to be a smoke screen for the least visible part of the plan – billboards.  Of course, there’s a large payoff for the city for allowing the corporation to move in and take over this aspect of city planning.

Culver City has a law saying that we don’t do billboards here, and the ugly behemoth ads on the Westfield Mall are somehow excused as ‘signage.’ Since what they advertise is movies and there is no theater in the mall, this is clearly a misnomer. And a violation of our law.

I do learn a lot from my children. We are part of a Girl Scout troop that, like all troops, does activities 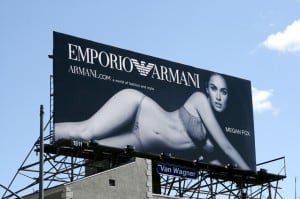 and earns badges. My older daughter’s troop did a project last year on The Media, and part of that focus was to look at how advertising presents women. I have to tell you, it wasn’t surprising, we all live with the constant presence of adverting every day. But really looking at how women are presented in these ads, seeing this through the eyes of teenage girls – It was daunting. It was revolting. It was scarey.

The Girls Scouts were all hip to the fact that yes, our culture addresses women like lesser beings, like sex objects, like brainless bodies. But every stereotype they came across, from ‘dumb blonde’ to ‘headless torso’ left them feeling more overwhelmed and frustrated. The notion of boycotting the product was a good plan of action, but the problem remained – How do you get that image out of your head?

There have been ads on the Westfield billboards that have been so ugly I was physically revolted. A recent movie ad had me adjusting my sun visor so I wouldn’t have to look at it while I was waiting at the light.

The plan for the district has the billboards aimed at the freeway – like the ones on Westfield Mall – giving an aura of corporate sales to the airspace around the 405. It’s just needless mind pollution.

The City of Santa Barbara has a law against fast food drive through lanes. It gives them a means of controlling the concentrated air pollution and general tackiness that the ‘drive thru’ creates. Air pollution can be measured empirically. Tackiness can’t. 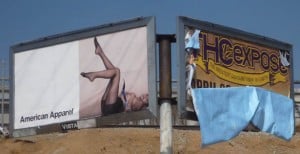 What we would lose by allowing this kind of ‘signage’ to degrade Fox Hills and the surrounding area may be intangible. But the long term damage to our self esteem would show up in many ways. We will no longer be the same pretty little city. The problem with selling out is that you can’t ever buy back.

Tonight may just be the window display on the idea of a ‘district’ so that won’t be the place to make comments to the council. But I’ll be sure to let you know when it’s coming back on the agenda.

What I learn from raising my children is that financial choices are never just about money – they are about ethics and standards and long term plans. To rework an old slogan, billboards are not healthy for children and other living things.