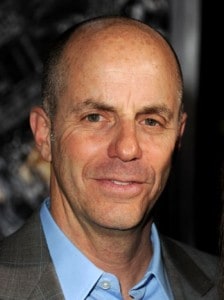 Commenting on the announcement, Pascal said, “Neal’s productivity and his success are legendary. Simply put, he’s the best there is at knowing what audiences want to see and delivering it, on time and on budget. According to Box Office.com, Over the past 17 years, we have partnered on over 25 films, including, most recently, the hit Jump Street franchise. Neal is a tremendous collaborator, and I look forward to the great things that are ahead for our partnership.”
Moritz added, “Renewing my deal with Sony Pictures was an easy decision. SPE has been my home, and the people at the studio have been my partners from nearly the beginning of my career. I believe this is the best possible place to make movies – from the production team to the marketing and distribution teams, SPE has shown creativity and dedication in delivering films to audiences and making a mark at the top of the box office. I couldn’t be more excited to celebrate my 20th anniversary with SPE during the term of this deal.”

Moritz is currently working with Columbia Pictures on Goosebumps, an adaptation of Scholastic’s international bestselling book series. The film, which stars Jack Black, is slated for release on March 23, 2016. In addition, Moritz has several films in development with the studio, including: Passengers, Christian the Lion, 23 Jump Street, Cliffhanger, Rockets Red Glare, Bloodshot and A Prophet.

Moritz’ television credits include the HBO movie “The Rat Pack,” which earned 11 Emmy nominations, the drama series “Prison Break,” and Showtime’s acclaimed series “The Big C,” starring Laura Linney, who won two Golden Globes for her role as Cathy, as well as the upcoming series for AMC, The Preacher.
He graduated from UCLA with a degree in Economics, and also earned a degree from the Peter Stark Motion Picture Producing Program at the University of Southern California.